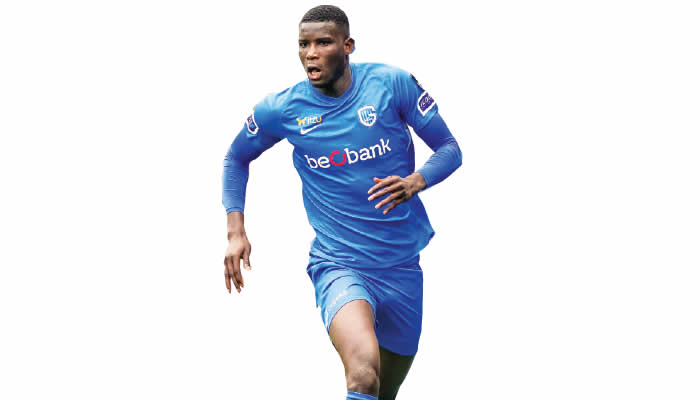 After completing the signing of Nigerian defender William Troost-Ekong from English Championship side Watford, Italian Serie A side Salernitana have beamed their searchlight for another Nigerian striker Paul Onuachu to boost their squad in the second half of the season, PUNCH Sports Extra reports.

According to a report from Italian media outfit, Napoli Magazine, Salernitana have added Super Eagles and KRC Genk striker Onuachu to their transfer wish list for January.

Having gained promotion to play in the Italian topflight football in 2021, the Garnets have struggled this season in attack, scoring 23 goals and also in defence, having conceded 37 goals in 19 league matches and are 16th on the table.

However, the arrival of Nigerian centre-back Troost-Ekong could help salvage the defence line, with the club also hoping to secure a clinical striker to reinforce the attack.

Top scorer in the Belgium league with 14 league goals in 18 matches, Onuachu comes highly rated by the Garnets.

The 28-year-old has been a pivotal player for Genk in recent years and one of the Jupiler Pro League’s star forwards and has netted 83 goals with 10 assists in all competitions since arriving in 2019.

The Super Eagles striker has been linked with a move to English sides Southampton and West Ham, but Genk swiftly rejected the bids.