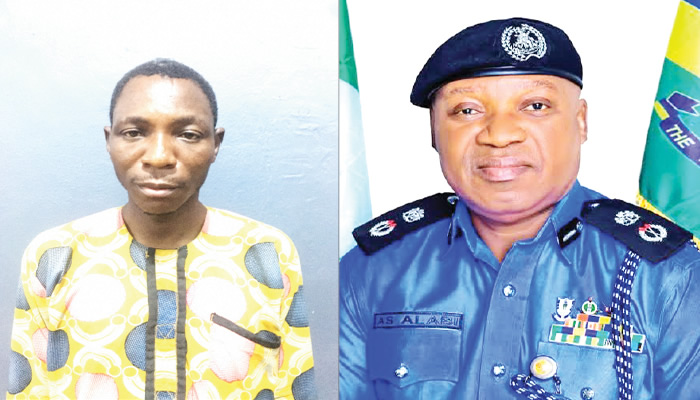 The Lagos State Government has invited a motorcyclist based in Ogun State, Adekunle Kristisanwo, whose bike was seized by policemen from the Isheri Police Division.

Lagos banned the movement of Okada in some parts of the state.

However, some policemen from the state were reported to have gone to Ogun State to seize bikes while claiming to be enforcing the ban.

PUNCH Metro reported that policemen from the Isheri division arrested Kristisanwo and seized his motorcycle at New Garage, in the Ifo Local Government Area of Ogun State, on Monday, December 5, 2022.

Kristisanwo, a pastor, was detained and made to sleep in a cell until N20,000 was paid for his bail.

He identified the cops behind the illegal arrest and extortion as Inspector Patrick Stephen and one Inspector Mercy, respectively.

Leaders of the Amalgamated Commercial Motorcycle Riders Association of Nigeria in the community also told PUNCH Metro that they had made several complaints to the Isheri DPO, but he refused to call his men to order.

According to Kristisanwo, the DPO claimed that he had taken the motorcycle to the task force office and no one could tell him where to make arrests.

The spokesperson for the Lagos State Environmental Sanitation Enforcement Agency (Task Force), Raheem Gbadeyanka, asked the motorcyclist to visit the agency together with his lawyer to prove his case, adding that he would be given fair hearing.

He said, “If anyone’s motorcycle is wrongly impounded, the person should be bold enough to approach the court. There were some people that had similar issues and they approached the court with pictorial evidence and the judge said they should go. The person can come to the task force office with his lawyer to prove his case. He will be given the opportunity of fair hearing.”

The state Commissioner for Information and Strategy, Gbenga Omotosho, asked Kristisanwo to make an official complaint.

He said, “If that’s true, the owner of the bike should complain that he was not riding his bike in Lagos State but in Ogun State before they he was arrested. Lagos is big enough for task force. The lawyer of the victim can make a good case for him.”

The state Police Public Relations Officer, Benjamin Hundeyin, said there was no update yet on the investigations of the officers alleged to have extorted money from Kristisanwo and seized his bike.

“I will get back to you as soon as there is any,” he added.