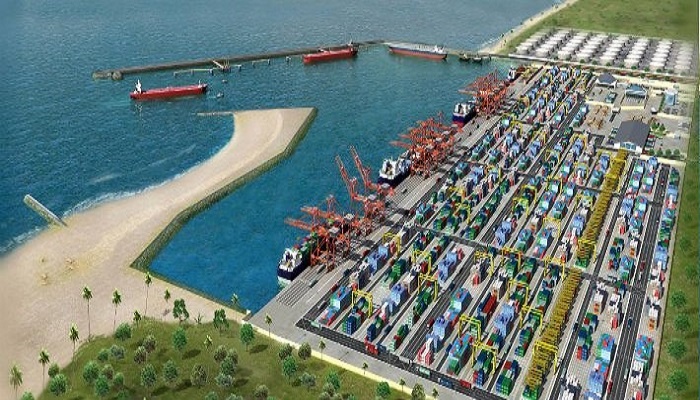 The Federal Government through the Ministry of Transportation has inaugurated a project steering committee for the proposed Ondo Deep Sea and Benin River Ports.

The inauguration was performed by the Permanent Secretary of the Ministry of Transportation,  Dr Magdalene Ajani.

According to a statement by the Director of Press and Public Relations of the ministry, Henshaw Ogubike stated that instituting a steering committee for the proposed projects was in furtherance of the Federal Government’s efforts to further decongest the Western ports as well as optimise the contributions of the maritime sector to the country’s economy.

Speaking at the inauguration, Ajani said the terms of reference for the committee were to provide guidance and direction on the projects and also facilitate necessary permits, clearance and approvals for the projects.

She further noted that it would also be the responsibility of the committee to prepare the transaction for the Minister of Transportation, Mu’azu Sambo, to obtain Federal Executive Council’s approval.

“Members of the steering committee include the managing director of the  Nigerian Ports Authority; representatives of the Federal Ministries of Finance and Justice; National Inland Waterways; Nigerian Shippers’ Council; Infrastructure Concession Regulatory Commission; among others.

“The committee is to start work immediately,” the statement revealed.

The Edo State government has partnered with the Port of Antwerp to ensure the speedy completion of the Benin River Port project.

The Edo State Governor, Godwin Obaseki, was quoted in a statement to have said that the partnership with the Port of Antwerp from Belgium would help finalise the Benin River Port project, a key project in the state’s pursuit to drive industrialisation and economic growth.

The statement noted that the governor met with the port project committee and representatives from the Port of Antwerp.

Obaseki said that the partnership would see the Benin port become both a cargo-handling port and an industrial complex to facilitate industrial production in Edo.

“The project will take advantage of the vast gas reserves in the area, which will support industrial production and operation of the port and industrial complex,” he further stated.

The statement read in part, “The Benin River Port is among the legacy projects by the Godwin Obaseki-led administration to drive industrial and economic growth in Edo. The port, upon completion, will boost export earnings, create employment opportunities, expand the economic value chain and open up new business opportunities in the state.”

The Chairman of the BRP Project Committee, Mr Greg Ogbeifun, said the state government had continued to record sustained progress in its drive to develop the Benin River Port, reassuring that the new partnership with the Port of Antwerp would ensure the completion of the project.

“The Nigeria Ports Authority is actively working with the Edo State government and the Port of Antwerp on the project and will be the regulators of the port on completion,” he added.

He lauded the governor for creating a conducive environment to attract investors into the state, noting that the port was well-positioned to benefit from the African Continental Free Trade Area.

He added, “The African Continental Free Trade Area has further given a boost to the project.”

On his part, the Manager of Ports Project of Port of Antwerp International, Mr Phillippee Droesbeke, said the Port of Antwerp was delighted to be partnering with the Edo State government on the Benin River Ports project considering its huge economic benefits to Edo, Nigeria, and Belgium.