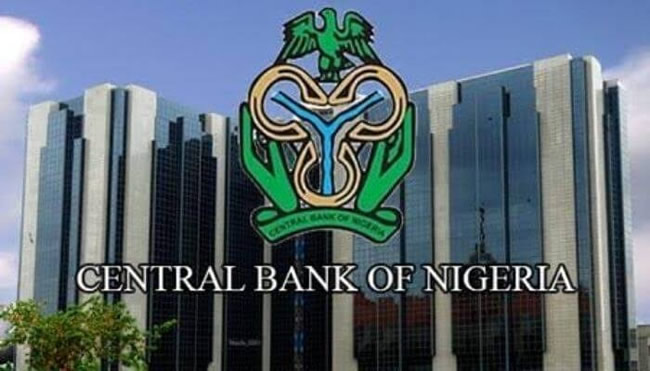 The Federal Government plans to spend N1.2tn on servicing the loans it got from the Central Bank of Nigeria through the Ways and Means Advances, findings by The PUNCH have shown.

The 2023 fiscal framework document obtained by our correspondent showed that the Federal Government allocated N6.31tn to service its total debts.

A breakdown showed that the Federal Government allocated approximately N3.3tn to service domestic debts, N1.81tn for foreign debts and N1.2tn for ways and means.

The document also showed that this was the first time the Federal Government was making a budgetary allocation for ways and means.

The PUNCH had earlier reported that the Federal Government paid interests of N4.12tn between 2019 and 2022 on its borrowings from the CBN.

Ways and Means Advances is a loan facility used by the central bank to finance the government in periods of temporary budget shortfalls subject to limits imposed by law.

According to Section 38 of the CBN Act, 2007, the apex bank may grant temporary advances to the Federal Government with regard to temporary deficiency of budget revenue at such rate of interest as the bank may determine.

The Act read in part, “The total amount of such advances outstanding shall not at any time exceed five per cent of the previous year’s actual revenue of the Federal Government.

“All advances shall be repaid as soon as possible and shall, in any event, be repayable by the end of the Federal Government financial year in which they are granted and if such advances remain unpaid at the end of the year, the power of the bank to grant such further advances in any subsequent year shall not be exercisable, unless the outstanding advances have been repaid.”

However, the CBN has said on its website that the Federal Government’s borrowing from it through the Ways and Means Advances could have adverse effects on the bank’s monetary policy to the detriment of domestic prices and exchange rates.

“The direct consequence of central banks’ financing of deficits are distortions or surges in the monetary base leading to adverse effects on domestic prices and exchange rates i.e macroeconomic instability because of excess liquidity that has been injected into the economy,” it said.

The World Bank had, in November 2021, warned the Nigerian government against financing deficits by borrowing from the CBN through the Ways and Means Advances, saying this put fiscal pressures on the country’s expenditures.

According to the bank, the CBN financing and the fuel subsidy tended to adversely affect investments in human and physical capital.

A global credit rating agency, Fitch Ratings, had in January 2021, raised concerns over the Federal Government’s repeated recourse to its ways and means facility with the central bank.

The agency said that using central bank financing in Nigeria could raise risks to macro-stability in the context of weak institutional safeguards that preserved the credibility of policymaking and the ability of the central bank to control inflation.

Despite warnings from experts and organisations, the Federal Government has continued to borrow from the CBN to fund budget deficits.

The World Bank projected that interest payments on the Federal Government’s borrowing from the CBN would gulp about 62 per cent of government revenue by 2027 despite the restructuring plan.

The Washington-based bank noted this in its December 2022 edition of the Nigeria Development Update.

The PUNCH recently reported that the Federal Government borrowed N6.31tn from the CBN through Ways and Means Advances in 10 months.

The N23.77tn owed to the apex bank by the Federal Government is not part of the country’s total public debt stock, which stood at N44.06tn in the third quarter of 2022, according to the Debt Management Office.

The public debt stock only includes the debts of the Federal Government of Nigeria, the 36 state governments, and the Federal Capital Territory.

Meanwhile, the President, Major General Muhammadu Buhari (retd.), recently transmitted to the National Assembly, a request for approval of Ways and Means Advances restructuring to the tune of N23.7tn.

However, the Senate rejected the request by the president to restructure the N23.7tn Ways and Means advances.

Buhari however warned that Nigeria would pay N1.8tn extra interest in 2023 if the National Assembly rejected a loan-to-bond swap request on the Central Bank of Nigeria’s overdrafts to the government.

Reacting to this, the Chief Executive Officer of the Centre for the Promotion of Private Enterprise, Dr Muda Yusuf, said that the current move by the government to securitise the ways and means advances is a breach of the CBN laws but necessary because it provides a less expensive way for the government to pay off its debt to the CBN.

He said, “Already the whole thing is within the purview of illegality but rather than leaving it as money owed to the CBN and in order to properly recognise it as national debt and move it to the DMO, we need to convert it to bonds so that it will be duly recognized as sovereign debt. The only way to give some legality to it is to convert it to bond so that it can be duly recognized as a part of national debt.”

He added that this move by the government might help to curb liquidity but expressed concern about the feasibility of people buying a 40-year bond at 9 per cent when there are 10-year bonds going for 12 per cent.