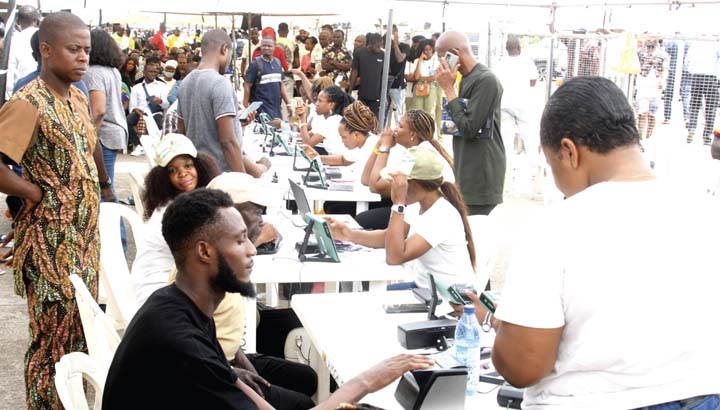 A Civil Society Organisation, Yiaga Africa, on Tuesday called on the Independent National Electoral Commission and the National Universities Commission to bar universities from scheduling examinations during the election period.

According to data from INEC, over 26 million registered voters in the country’s voter register are students.

Though the commission did not give a breakdown of the registered students according to the types of tertiary institutions, YIAGA noted that the intervention of INEC and the NUC will enable more students to exercise their rights to vote.

“Dear @inecnigeria, can you engage the National Universities Commission to request universities to refrain from scheduling examinations during the elections? This will enable students who represent the highest percentage of voters to exercise their right to vote,” YIAGA noted in a statement posted via its official Twitter handle, @YIAGA.

The PUNCH reports that there have been calls for the intervention of the Federal Government as regards the academic calendars of some universities concerning the 2023 elections.

For instance, a popular musician, Paul Okoye, also known as Psquare decried the presence of students in universities during the collection period for Permanent Voters Cards.

The musician who tweeted on January 19, 2023, via his official handle, @rudeboypsquare, wrote, “Out of the 74million youths eligible voters, 26million of them are students and they are all back in school, most of them registered during the ASUU strike … it’s 10days remaining for collection @inecnigeria, why are students still in school by now?”