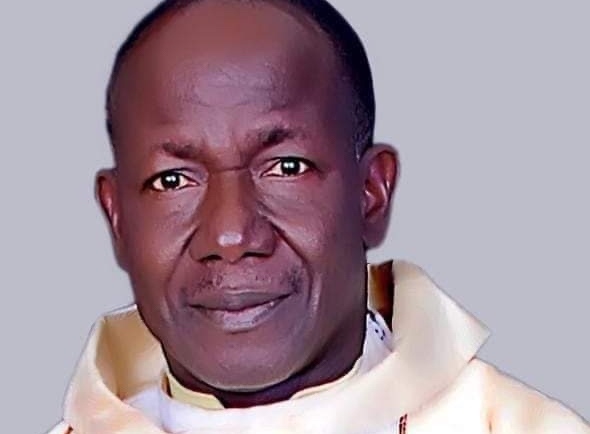 The Department of Church and Society, an organ of the Catholic Secretariat of Nigeria, on Wednesday said about 39 Catholic priests have been killed with 30 abducted since 2012.

It further stated that 17 Catechists and over 3,500 Catholic faithful had been assassinated since 2012.

While protesting against the killing of Rev. Fr. Isaac Achi by suspected Boko Haram bandits in Kafin-Koro in Minna, Niger State, the organisation said there had been 47 recorded attacks on the Catholic Church in Nigeria.

The Director, Department of Church and Society and Executive Director, Caritas Nigeria, Rev. Fr. Uchechukwu Obodoechina, who led others at a press briefing in Abuja, said the killing of Achi, other priests and Nigerians across religious divides was unacceptable.

According to him, the targeting of Church had made Christians in Nigeria an endangered species.

Obodoechina said the list was endless since 2012 to date as there had been 47 recorded attacks on the Catholic Church, killing of Catholic priests, nuns and seminarians, burning of churches and church-owned facilities such as presbyteries, schools, and hospitals, and the abduction of a countless number of christians.

He said, “In fact, about 39 Catholic priests have been killed, 30 abducted and ransom paid and collected, 17 Catechists and over 3,500 catholic faithful assassinated needlessly.

“One begins to wonder and ask, what has the Catholic Church in Nigeria done that deserved such barbaric and atavistic attacks? Is it possible to think of a planned strategy to root out Christianity and Christians in Nigeria?”

Obodoechina lamented that in the last decade, Nigeria had become a hell on earth, where human life had been totally devalued, castigated upon, and randomly wasted.

He said, “Unavoidable pain and death have become the order of the day, where no single day passes without bad news from the media and the various social media platforms of one reckless death or the other.

“Unarguably, that have been the bitter experiences of some good men and women of this country, Catholic priests and nuns, other christians and muslims, the vulnerable and defenceless victims of insurgency, Boko Haram attack, abductions by suspected Fulani herdsmen, banditry and arson among men and women of the underworld, who have needlessly lost their lives.”

He added, “In fact, the incessant abductions, killings, and kidnapping of Catholic priests and nuns, the attack of Christians at places of worship, the burning of churches and presbyteries across the country and other assaults and carnage going on in different parts of the country in one hand, and the obvious indifference on the part of the government to provide any modicum of protection, care, and support, arrest and punish offenders, stand for the rule of law, and save innocent lives, give the impression of a government that is biased and unjust to a cross-section of its citizens.”

Obodoechina lamented that it was unfortunate that Nigeria is a classical example of a government at the watch of the President, Major General Muhammadu Buhari (retd), that is marked partial, insensitive, and grossly abusive of human rights.

He said, “The gruesome killing of Fr. Isaac Achi of Kafin-Koro of Minna Diocese in the early hours of  January 15 2023, by suspected bandits is one killing that is too many. Fr. Isaac Achi was reported burnt alive in his presbytery on the fateful day along with his priest assistant who was shot in the leg, but narrowly escaped death, and is currently in the hospital

“One would recall that the same Fr. Isaac Achi was the parish priest of St. Theresa’s Catholic Church, Madalla that was attacked on December 25th, 2011, while at Christmas Day mass with over 50 parishioners gruesomely killed in a bomb blast.”