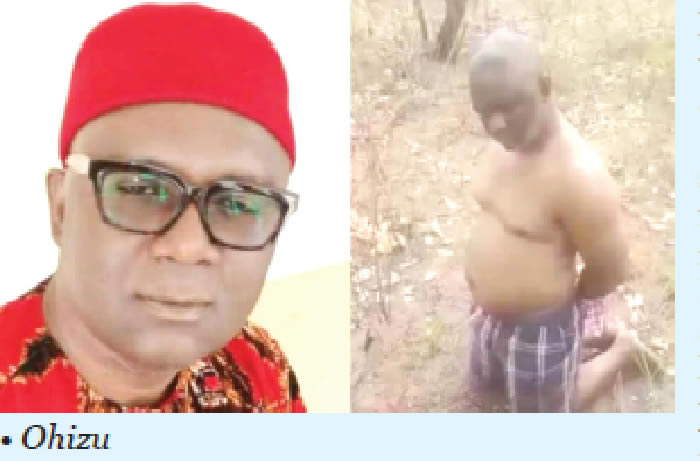 The police in Imo State on Monday confirmed the beheading of the Sole Administrator of the Ideato North Local Government Area of the state, Chris Ohizu.

Ohizu was kidnapped on Friday alongside two others after his country home at Imoko community, Arondizuogu, was burnt by hoodlums.

He was killed after his abductors reportedly received N6m as ransom.

Video clips of his beheading surfaced online on Sunday where his killers insisted that there would be no election in the country.

A source from the council said the killers published the clips with the victim’s phone on his WhatsApp status.

“The videos were horrible. He was tied and half-naked before he was beheaded. That was a painful way to die. They butchered him after collecting N6m ransom,” the source added.

The spokesperson for the police in the state, Henry Okoye, in a statement on Monday, said the command had raised a team of officers to clamp down on the suspects.

The statement read in part, “The Imo State Police Command is aware of the iniquitous and obscene video that has gone viral on social media where a man, suspected to be the abducted Ideato North LGA sole administrator, was seen kneeling and his hands tied while undergoing inhuman act. He was subsequently killed by suspected members of the Proscribed Indigenous People of Biafra and its armed affiliate, Eastern Security Network.”

The police spokesman said investigation had begun into the abduction and murder of the victim.

He noted that the command was on the trail of the hoodlums before the “obscene video” surfaced on the Internet.

Okoye urged the public to assist the police with credible information and report any clandestine activities or suspicious person(s) to the nearest police station.