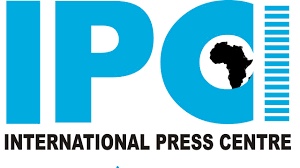 About 250 journalists who covered the 2019 general elections were molested and attacked during the course of discharging their lawful duties on election days, the International Press Centre, a human rights organisation, said on Tuesday.

The organisation therefore demanded the provision of protective wears, including bullet-resistant vest for journalists that would cover the 2023 general elections.

The Executive Director of IPC, Lanre Arogundade, stated these in Abuja during the presentation of the outcomes of the organisation’s analysis of trends in reportage of the 2023 election issues by 15 print and online newspapers for October and November, 2022.

The PUNCH reported earlier that the media monitoring is one of the activities being implemented by IPC under an European Union funded project titled, “Strengthening the media for fair, accurate, ethical, and inclusive coverage of the electoral processes and elections in Nigeria.”

The five online media monitored were The Cable, Premium Times, Eagle Online, RealNews and The Authority.

While stressing the need for security agencies to guarantee the safety of  journalists during the forthcoming election, Arogundade lamented that media professionals had become endangered species in the country.

He appealed to law enforcement agencies to ensure that what happened in 2019 did not repeat itself during the forthcoming poll.

Asked if there was need for security agencies to provide journalists with bulletproof vest, he responded, “I don’t know whether that would be a violation of Police Act and I don’t know if it is allowed. But you see, we need to have this conversation with them.

“Bullet proof, why not, especially for camera men. If the police can give us bullet proof once we are accredited, we will be happy about that. But beyond that what we are saying is that on election day, know that your own life matters.

“One thing is that as journalists, we must be ethical,  professional and another thing is for a conducive environment to be provided for us. And that’s why I talked about the need for political parties and  government to come together and ensure that we are protected as safety matters.

“Though, no journalist was killed on election day in 2019, 250 journalists were molested across the country including some of them who were accredited, particularly by overzealous law enforcement agencies.

“So we’re using this occasion to draw the attention of INEC, governments, security agencies and their own political parties to their own responsibilities if they want us to cover these elections effectively.

“As we move towards the 2023 general elections, we’re also going to be monitoring the situation of journalists. And we’re also calling on journalists to report any any threats, or attack.

“So beyond elections, it is worrisome that not less than nine journalists have been killed and there have been no investigation, talk less of prosecution of the killers as we speak. And of course, we knew that of the Vanguard reporter (Tordue Salem).  So it is a reality that journalists in Nigeria are facing a lot of threats.

“As journalists, we have some rights which we don’t exercise. If you are being asked to go and cover election in an area where there’s likely to be outbreak of violence, it is your right to ask for protection.”

Also speaking, Prof. Abigail Ogwezzy-Ndisika of the Department of Mass Communication, University of Lagos, who presented the report, described media reporting of the 2023 electoral process between the period under coverage as satisfactory.

She, however, called for more reportage of the activities of vulnerable groups and other political parties aside the ‘big four’.

Speaking on the findings, she lamented that inclusivity was poor in terms of sourcing of news, adding that most media organisation analysed were practically reporting people who they have always reported.

“From the report, we found that we gave little voice to women, people with disabilities, youth and people in hard to reach areas. We should make our stories multimedia so we can speak to the non-literates people in the rural areas.  So essentially we need to be deliberate about inclusivity in our reportage”, she added.