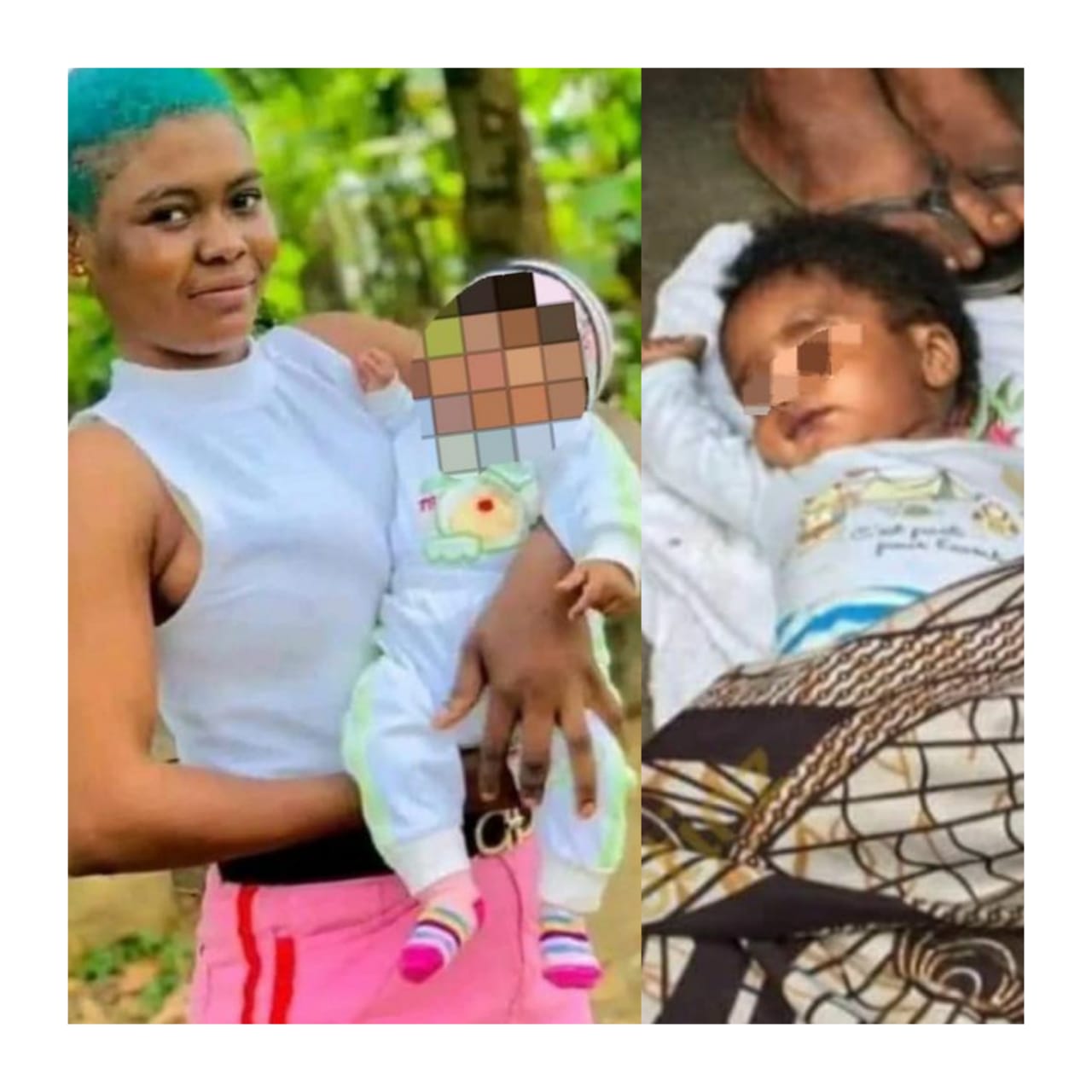 The Cameroonian police have reportedly arrested an unidentified woman whose child died after she allegedly gave her baby tramadol drug and went clubbing.

The Instagram user, who shared the story with pictures of the lady and the dead baby, said the mother gave the child the drug so the baby could sleep while she went out to party with friends.

The incident was said to have occured in Likombo area of Tiko in the South-West region of Cameroon.

It was further revealed that the said mother locked the baby in the house after giving him the drug before going out.

Upon her return, she discovered the child lying down lifeless where she had put him and then raised the alarm. It was further revealed that the residents of the community descended on her and beat her up before the police intervened and carted her away.

The caption of the post reads, “This lady you see here committed an abomination last night in Likomba, Tiko. Despite having a newborn baby of few months old in hand, she wanted to go clubbing with friends.

“The innocent child was the only thing standing in her way as she couldn’t take him to the club. So what did this girl do?

“She decided to give him tramadol so he can fall deep asleep. This way she can go party with her friends.

“She gave her the tramadol and locked the baby inside the house. She returned home this morning only to find out the baby died as a result of the hard drugs she gave him.

“Likomba inhabitants descended on her and got her well beaten. Forces of law and order intervened and as of now, the girl is in detention. The baby has been buried. May the soul of the innocent baby rest in peace.”