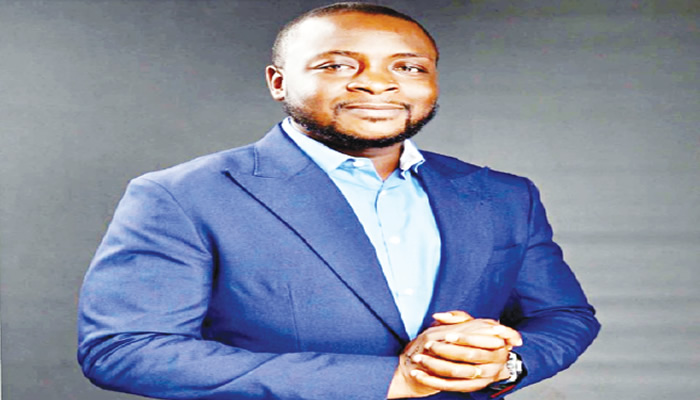 The Group Managing Director of Obat Oil, Akinfenwa Akinruntan, speaks with OPEOLUWANI AKINTAYO on the challenges facing the oil and gas sector, among other things

How has running the company been with you?

Could you share some of the challenges of running Obat Oil?

Challenges are inevitable in business but regardless of how hard they come, we are always determined as a team to weather the storm together. The year 2022 was really challenging considering the fluctuations in fuel price, scarcity and other challenges faced, including poor road networks to deliver products across the country, the rising level of insecurity in Nigeria, inadequate infrastructure, high cost of products, natural disasters and others.

As the second son of the family, controversies could have ensued when your dad decided to hand over the running of Obat Oil to you. How were you able to handle this?

I would like to give utmost appreciation to my great father, Kabiyesi Frederick Eniti Akinruntan, the Olugbo of Ugbo kingdom, for establishing this great company. Being the great leader that he is, there has never been controversies in the running of the company. We do think as a collective unit working to achieve companies’ visions and mission statements.  My siblings and I were in the business but in the long run, everyone’s skills manifested. My elder brother decided to go into politics and my sisters are doing well in the oil business. My other siblings are also doing well in academics. I cannot say that I am my father’s successor. He is still the chairman of the company, while I am just the Group Managing Director. Any child can be his successor because we all have the same training.

You were introduced into the business before you were 20, and you started off as a fuel attendant. What were your experiences at that time?

Yes, very true. It was an experience that was worth it. It gave me a vital leadership lesson that could not be taught through any other means. I learnt the lesson of being a servant first to become a greater leader tomorrow. It gave me the ability to understand the intricacies of the business from the bottom to top. Given the opportunity, I would take the chance all over again if I have to. I started in the position of a pump attendant. Anytime I returned from school, he would instruct me to go to the filling station to learn the ropes.

Later on, I became a supervisor, then a station manager, zonal manager, general manager and the rest, as they say, is history. I also worked at our depot in Lagos State. I worked with trained and intelligent professionals that taught me many things about the oil business. I travelled to London to learn some things about business and I assumed my current position when my father was crowned Olugbo of Ugbo Kingdom.

As a fuel attendant, were you treated like others or given preferential treatment?

The job did not come with a chance for preferential treatment. It was a fast-paced job and I performed my tasks to the best of my ability. If you could not deliver on your obligation, there was always a third party ready to take your place. Hence, it was more or less the survival of the fittest. My father is a disciplinarian. He told me that I must learn the nitty-gritty of the business. Initially, the idea did not go down well with me because I could not relate to why my father would put me through the stress of selling fuel. I asked myself why he was trying to ridicule me. Some of my friends were travelling in and out of the country, while I was compelled to be selling fuel. I was not happy at the time. But in the long run, I discovered that what he was trying to do was to build a successor for his business. After a while, I started getting tips from my customers for good service, which encouraged me to go to work every day.

How have you been able to bring your training as a lawyer into the business?

There is a famous saying that Knowledge is power. I can say with utmost confidence that the application of knowledge from my law background gave me a solid foundation for the tasks in the Obat Group and, most especially our compliance team. Also, being mentored by one of the greatest minds in the field such as my great mentor, Chief Afe Babalola, is hard to go wrong.

The downstream sector is currently going through a turbulent time. Marketers are clamouring for deregulation. What is your take on this?

Deregulation according to Webster’s dictionary is the withdrawal of government economic interest, reduction of regulation of business and market activity. It is the act or process of removing state regulations.

There are numerous advantages of the deregulation of the downstream sector. I firmly believe it should be implemented because, from a technical point of view, it would stimulate economic activity by eliminating restrictions for new businesses to enter the market, which would increase competition.

The deregulation of the downstream oil and gas industry is the loosening of government control over the industry. It is a way of breaking NNPCL’s monopoly in order to pave the way for healthy competition. This implies the introduction of the free market system, where the forces of demand and supply are allowed to determine the market price of products.

This formula is in contrast to the regulated regime, where the government acting on existing law controls and determines retail and wholesale prices of petroleum products. A regulated regime is characterised by a low level of competition and investment, leading to distortions in product supply and distribution. It is also associated with scarcity, resulting in long queues, hoarding, smuggling and other bottlenecks such as monopolistic practices, the existence of subsidy and poor maintenance of infrastructure.

What is your take on fuel subsidy?

I am in support of the removal of the subsidy. The new price with its cost-reflective nature is expected to help to improve product availability and attract investments to the sector as marketers now have increased margins. Expectedly, due to the sensitive and controversial nature of petrol pricing in the nation’s polity, the announcement received mixed reactions. While the government and those sympathetic to its decisions and policies as well as operators in the Nigerian downstream petroleum sector have backed the hike in petrol prices.

What is your take on this current fuel scarcity?

I believe the current administration is working actively to curb the scarcity in order to meet the high demand by supporting the refineries in the country, including several other policy implementations. However, there are always up and down times. I believe this too shall pass.

Obat Oil is among IPMAN stations, which according to your exco, have been going through hard times getting products at N148/litre from depots, with other expenses they incur to deliver products to their stations. IPMAN members sell above N200/litre which has reduced patronage. How is Obat Oil coping with this?

As I previously stated, there would be up and down times. Downtimes which we are experiencing now were well anticipated and adequate preparation readied us for it. We have diversified into other fields in order to establish other means of income. These entrepreneurial decisions have served as a buffer in these hard times.

IPMAN recently issued a seven-day ultimatum to the FG after which they threatened to react. Has the price disparity been addressed or should we expect a further rise in fuel prices?

The Federal government does what is in the best interest of the people. On the question of further review of price, I can’t really say but it is unlikely.

Members of IPMAN have been accused of not being organised and that is the reason the Federal Government would prefer to deal with MOMAN and DAPPMAN. What is your take on this?

The IPMAN is a well-organised group of individuals who have the best interest of their members at heart. They have to take a stand even when it is most inconvenient. However, we must agree to disagree and that is the current relationship I see existing between the Federal Government and the group.