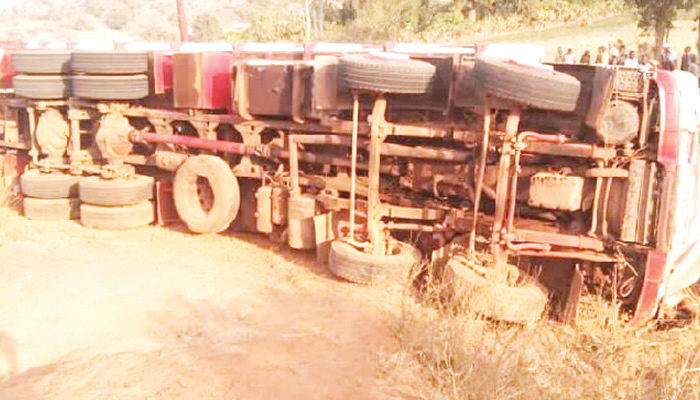 Barely two days after 16 persons died in a road accident in the Mangu Local Government Area of Plateau State, two persons have again been killed and 52 others injured in a fresh accident in the Jos North LGA of the state.

The Public Enlightenment Officer of the Federal Road Safety Corps in the state, Mr Peter Longsan, confirmed the incident in a statement on Monday.

He said the victims died when a truck plying Jos-Bauchi Road rammed into 13 other vehicles on Sunday.

Longsan said, “The crash occurred around 5pm at Zakaliyo along the Jos-Bauchi Road. Fourteen vehicles were affected. People involved were 54. Unfortunately, two female adults were killed during the incident, while 52 persons were injured.”

He attributed the crash to brake failure and loss of control.

“The injured victims were taken to the Plateau Specialist Hospital and Toro General Hospital for medical attention, while the corpses of the deceased were taken by their family members for burial after being confirmed dead at the hospital,” he added.