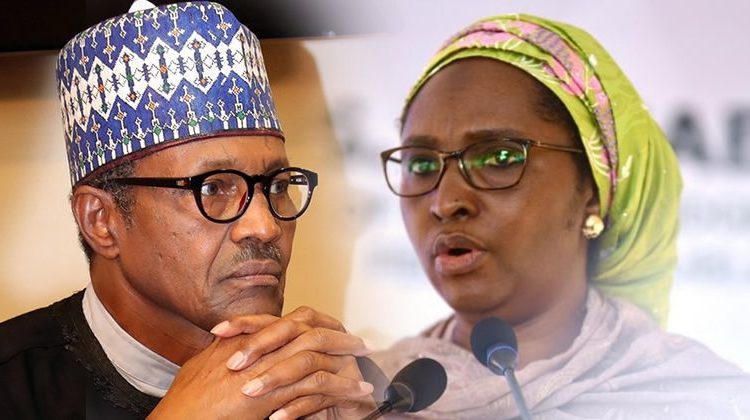 The socio-economic challenges before whoever becomes Nigeria’s next president are daunting but contenders for the coveted seat have yet to impress Nigerians with their manifestos, OKECHUKWU NNODIM writes

Currently confronted with humongous debts, insecurity, high subsidies on Premium Motor Spirit, popularly known as “petrol,” depreciation of the naira, and other stiff challenges in various sectors, the country is fighting for its very existence.

Citizens of the country are gearing up to elect a new president in February among the top contenders who include the Labour Party’s Peter Obi; Atiku Abubakar of the Peoples Democratic Party; Bola Tinubu of the All Progressives Congress; and Rabiu Kwankwaso of the New Nigeria Peoples Party.

Although these contenders had reeled out their manifestos, which contained how they would tackle the myriad challenges confronting Nigeria, financial and energy experts told our correspondent that whoever eventually emerged as president would have to deliver beyond his manifestos.

This, according to the experts, was because some of the contenders had yet to impress Nigerians with what they would do when elected into office.

The analysts also explained that the challenges confronting Nigeria were more deep-rooted than the solutions proffered in the manifestos of the presidential candidates.

They, for instance, cited the country’s current debt burden as a major concern that should worry whoever emerges as president after the general elections in February.

Early this month, The PUNCH reported that Nigeria’s public debt burden might hit N77tn if the National Assembly approves the request by the President, Major General Muhammadu Buhari (retd.), to restructure the Ways and Means Advances.

The Ways and Means Advances is a loan facility through which the Central Bank of Nigeria finances the shortfalls in the government’s budget.

“The truth is that most of them (the presidential candidates) don’t understand the depth of our problems in Nigeria, as could be seen in their manifestos.

“This is because they are still outside, and no matter what they see from their positions, it is different from what you see when you are inside,” a former president of the Association of National Accountants of Nigeria, Dr Sam Nzekwe, stated.

He added, “So, it takes more than a committed person to be able to change the narratives that we see currently in Nigeria. If you look at the situation in Nigeria, a lot of things have gone wrong, for instance, the issue of fuel subsidies. How do you tackle that, because it is multi-dimensional?

“Now, because of the devaluation of the naira, the cost of virtually everything has gone up. How much is your cost of production? Mind you, we don’t produce refined petroleum products here; rather, we import them.

“When you factor in this, as well as the naira’s depreciation, you will see that the cost of the commodity will become so high that you may not be able to tell the exact amount of subsidy.”

Nzekwe explained that one of the key reasons for this was the dormancy of Nigeria’s refineries.

“If the refineries are working and you are producing fuel, then someone can say, this is how much I bought crude, and this is also how much it took me to produce. And then you will be able to calculate the actual subsidy on the product,” he stated.

“Therefore, to solve the problem of fuel subsidy removal, you must get the refineries working, because you cannot use petrol imports to decide on removing subsidy when some of the monies are going into individual pockets,” the ANAN ex-president added.

Nzekwe further pointed out that external shocks caused by the war in Ukraine were also negatively impacting Nigeria, adding that the crisis in the region had adversely affected the export of products that were required in Nigeria.

Commenting on the challenges in the agricultural sector, Nzekwe said whoever emerges as president should endeavour to halt the high level of insecurity being faced by farmers.

“The sector where we have a comparative advantage, agriculture, is grossly hit by insecurity. You can’t go to the farms, if you do, Boko Haram, kidnappers, or bandits will catch you. People are now scared of farming. So insecurity has to be tackled headlong,” he stated.

In the power sector, the economic expert said the government had not given the industry the attention it needed concerning tackling concerns associated with power generation, transmission, and distribution.

He said, “There is no way the economy can improve without power. How can you improve without electricity? It is not possible. Every time you are using generators; what are you going to produce? What will be the cost of your output?

“Now, since you don’t have power, your cost of production will become too high and when linked to the devaluation of the naira, you will realise that it becomes difficult to buy things.

“These are some issues the in-coming government should be looking at. When they talk about economic development and so on, they must realise that they have to provide an enabling environment. If not, the economy will not work.”

Nzekwe condemned the overbloated cost of governance in Nigeria, stressing that politicians must cut down on their excesses.

He described Nigeria’s debts as “a terrible thing,” adding that this was “because the cost of financing the interest on these loans is almost half of the country’s revenue. So where will you go from here? We are not making any move.”

Nzekwe stated that this meant that the money borrowed by the Federal Government was not used for capital expenditure.

“But from the look of things, the money borrowed was used for salaries, fueling the cars of ministers, governors, and other politicians. It was basically for recurrent expenditure, instead of using it for capital development,” he said.

The ex-ANAN president added, “What have they really done with the over N77tn? Was it for electricity, healthcare, education, etc.? Rather, you will hear how a single person would steal billions of naira alone.

“How can you be using almost half of the country’s revenue for financing loans? It is a terrible thing. That is why I am saying that the incoming president should critically look at these issues because it is not an easy matter.

Nigeria’s downstream oil sector has been grappling with cases of incessant petrol scarcity since last year, and operators, as well as experts in the sector, are calling for a halt in fuel subsidies to help address the issue.

The sole importer of petrol, Nigerian National Petroleum Company Limited, has repeatedly complained of the enormous burden of shouldering fuel subsidies for the country.

Whoever emerges as President may have to contend with labour unions as regards retaining the fuel subsidy or removing it.

On Monday, the Minister of State for Petroleum Resources, Chief Timipre Sylva, said NNPC was selling petrol at a loss because of its mandate from the Federal Government about fuel subsidies.

“If you are a businessman, consider this: you are now in a business where you are required to sell at a loss to the public. That is not an easy job, I must tell you,” the minister stated.

Last week, the Minister of Finance, Budget, and National Planning, Zainab Ahmed, said the Federal Government had budgeted about N3.6tn for fuel subsidies till June 2023.

Reacting to the development, oil marketers stated that the fuel supply crisis in many parts of the country, which often leads to fuel scarcity, might continue to persist as long as the subsidy regime continues.

He said, “This issue of subsidy and the importation of petroleum products are the major reasons why we are suffering like this and having an epileptic supply of PMS. This may drag on until the current administration leaves in May or June this year.

“The exchange rate is affecting fuel imports, which is also why the cost of petroleum products is high. We use too much naira to chase the few available dollars. So the solution is for us to refine our crude here and get our depots working.”

The President of the Petroleum Retail Outlet Owners Association of Nigeria, Billy Gillis-Harry, also stated that fuel subsidies would continue to be a burden on not just the NNPC but the Federal Government.

He encouraged the incoming administration to stop the fuel subsidy regime.

“It is not sustainable, and we’ve said this many times. We have said subsidies should be discontinued and the funds channelled to the development of other sectors of the economy,” he stated.

Gillis-Harry added, “It is affecting activities in the downstream oil sector. We also have to get our refineries working. PETROAN has said it is ready and willing to support the government in getting our refineries running because that is a key solution to the crisis in the sector.”

The president of the Nigeria Consumer Protection Network and coordinator of Power Sector Perspectives, Kunle Olubiyo, said the incoming government must take a holistic look at the power sector.

He particularly noted that the privatisation of the successor distribution and generation companies of the defunct Power Holding Company of Nigeria in November 2013 should be reviewed.

This, he said, was particularly due to the dysfunctional outputs of the power distributors since they were privatised, and he added that the 10-year moratorium on power sector privatisation would end this year.

Olubiyo said, “When this moratorium expires by October, naturally it will be without litigation because they’ve given the privatised companies 10 years. And so if in between the lines, we try to shift the goal post, then litigation can arise.

“If not for the activities of the banks that are now involved in the day-to-day running of some distribution companies, there is no way we would have been able to push out this level of impunity in the sector. People can make as much as N15bn in a month and still have a licence for zero remittance.

“As consumers, are we not paying our power bills? For the generation companies, don’t they pay for gas? And somebody will collect money on our behalf and not remit. So this system of privatisation cannot work and has not worked since the sector was privatised 10 years ago.”