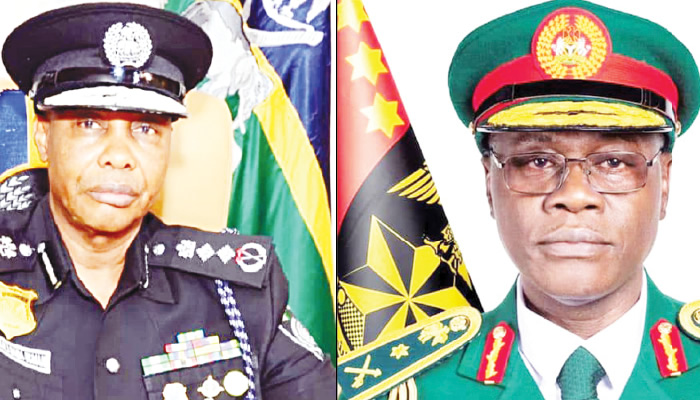 No fewer than 2, 140 security personnel have lost their lives under the regime of the President, Major General Muhammadu Buhari (retd.), between June 2015 and January 2023.

Investigations by The PUNCH indicate that the deceased agents included personnel of the military, Nigeria Police Force, Department of State Services, Nigeria Customs Service and the Nigeria Security and Civil Defence Corps personnel.

The President marked his last Armed Forces Remembrance Day ceremony in office on Sunday, where he laid wreaths at the Cenotaph accompanied by the Commander, Guards Brigade.

During his swearing-in in 2015, Buhari had pledged to tackle the Boko Haram insurgency and other security challenges facing the nation.

Though the military has recorded measurable progress in the war against the insurgents, the situation has evolved into banditry, kidnapping and other violent criminal activities which the regime has been struggling to contain.

Findings by The PUNCH, however, revealed that the insecurity had taken a huge human toll on the security forces which the authorities had never disclosed.

The number of security personnel who died in active service is believed to be higher than the data obtained by our correspondents from the Nigeria Security Tracker, media reports and other sources.

However, a total of 1,297 soldiers were reportedly killed during the review period.

Data from the Nigeria Security Tracker showed that over 268 security operatives, including soldiers, policemen, the National Drug Law Enforcement Agency operatives, vigilante cadets, and joint task force operatives were killed in several attacks across the six geopolitical zones in the year 2018.

About 153 soldiers fell to attacks by Boko Haram terrorists and suspected herdsmen. No fewer than 96 policemen were also murdered by gunmen, armed robbers, and bandits in the same year.

Also, 16 vigilante cadets and operatives of the joint task force were attacked and killed by suspected terrorists, bandits and kidnappers while three NDLEA officers succumbed to their injuries.

The worst hit region was the North-East, followed by the North-West, North-Central, South-South, with the lowest killings recorded in the South-East and South-West.

At least 30 Nigerian soldiers were said to have been killed during combat with Boko Haram terrorists who overran a military base in Borno State, on September 1, 2018.

In November of the same year, the police in Zamfara State confirmed the killing of 16 of its personnel during a clash with bandits.

Meanwhile, in 2019, about 357 security operatives were killed, with soldiers accounting for about 207; police officers, 30 and NSCDC, 10.

About 110 others were believed to be members of the Civilian Joint Task Force.

Reports also indicate that about 46 soldiers were killed by terrorists in Zamfara between January and June, 2019.

It was also gathered that 101 police officers were killed between January and September, 2019.

In July 2019, a divisional police officer and three other policemen were killed by gunmen following an attack on a police station in Bayelsa State, according to the state police command.

In 2022, a total of 342 security operatives were killed. The breakdown showed that 102 were policemen; 120 soldiers; 116 vigilantes; one Air Force officer; one correctional officer; one NSCDC and one  CJTF.

In July last year, gunmen believed to be bandits killed at least 43 people, including 30 soldiers and seven mobile police personnel in an attack on a mining site in the Shiroro Local Government Area of Niger State.

A total of 15 security operatives have been killed this year. They include six policemen, seven NSCDC officers and two vigilantes.

The breakdown showed that four officers were killed in Imo state, one in Nasarawa; one in Benin; two in Delta and seven in Kaduna.

On January 7, the NSCDC, Kaduna State Command, said seven of its officers were killed in an attack at Kuriga mining site, in the Birnin Gwari Local Government Area of the state.

A military widow, Mrs. Bilkisu Ibrahim, lamented the hardship she and her children were going through since the demise of her spouse in 2017.

She said the insurance benefits due to the family had not been paid, adding that she had to work as a cleaner to cater for her three children.

Ibrahim stated, “Life has not been easy, but I still thank God. I do not want to start talking about the pain I have gone through since my husband died.

“My husband’s name is Lance Cpl Abdulrasheed Abdullahi. He died in 2017 due to severe anemia. He left me with three kids. After his death, I started work with Command Children School in Ikeja, Lagos as a cleaner till date.

“The military gave us burial benefits and gratuity. The insurance has not been given to me till now. I have heard news that they will soon pay but nothing yet.’’

The widow further disclosed that she had been facing threats of eviction from the military authorities.

Ibrahim explained that she was paid N800,000 after her husband died but her in-laws, she said, collected N300,000 from the gratuity.

“Since 2017, I am supposed to leave the barracks but the benefit given to me and my kids is not enough to even buy a plot of land, let alone build it. Every now and then, they have been knocking on my door saying that I should leave the barracks because it is more than two years.

Mrs Blessing Daniels, the widow to L/Cpl Tony Daniels, who passed away in 2020 is facing a similar situation as Ibrahim.

She said her husband’s insurance benefit had not been paid, adding that the promised scholarship was also not fulfilled.

Lamenting the hardship was facing, the widow said, “Things have not been easy since my husband, Lance Corporal Tony Daniels, died. He joined the military in 2012 and we got married in 2014. I lost my husband in 2020. I have two kids. I manage to trade in our Mammy market here in the barracks.

“The army paid the burial expenses but the life insurance and the scholarship for my kids have yet to be given to us. I have been the one paying the children’s school fees.

“Last December, I travelled from Lagos to Abuja to ask about my children’s scholarship, the people told me they will get back to me but till now, I have yet to hear anything. The burden is much on me because I feed my children, pay the rent, and the fees (tuition) of my kids.’’

He said, “I will ascribe the number of deaths to ill-training of our personnel, the deployment strategy and the technological deployment for our operations.

“It is left for the government to look at areas for improvements. There are a lot of dynamics that have moved up in curtailing insurgency in the world. If you check global practice, one would see that some of the weapons we are using and technology we are deploying, they are going to handicap our personnel and expose them to violence and opportunity for criminal elements to take advantage of that.’’

On the poor welfare of military widows, the veteran said it was the responsibility of the government to care for widows and fallen soldiers of families, which he said was enshrined in the constitution.

“Unfortunately, where we have problems is implementation and review of the policy. Most of the policies that we deploy today are old. They cannot meet the current economic situation. They cannot meet current discoveries in medicine, science etc and all the fees of children in schools have increased.

“So when you look at the welfare of veterans, after he leaves service, the template the government is using to take care of him has expired. It has been overtaken by events.

“We need the government to look at such policies that concern their medicals, benefits paid to widows, and then the children left behind by fallen heroes. What is in place cannot stand the current challenges and all that is happening in the country,’’ he reasoned.

Commenting on the casualties, retired Colonel Hassan Stan-Labo said that nothing could prevent the high casualty figure.

Stan-Labo noted “Concerning the number of deaths, I will not say it is a war. One should experience some level of casualties. If the casualties are forthcoming, fine. What do we do? To stop them or cut the number of casualties? These are the things that should be done.’’

On the poor welfare of servicemen, the security expert alleged that the Federal Government preferred spending on the Armed Forces Remembrance Day ceremony than looking into the welfare of veterans.

He stated “Looking at the welfare package for those fallen heroes, the dependents that they left behind; wives and children, I must say that whatever we think we are doing as a country, we are not doing enough. We can still do better.

“The average veteran in Nigeria is not happy with the Nigerian space. He or she feels little appreciated by the Nigerian space. We have some crops of leaders who do not feel that some guys who laid down their lives for them (leaders) to be enjoying what they are enjoying today need some proper care to be given to their families they left behind.

“If you look at the statutory provisions for these dependents, one will realise that it is peanuts (meager). Now, for the dependents to get these peanuts out of government is a problem on its own because of bureaucracy. Those who are financially endowed a little leave the peanuts and go about their normal lives.

“If all the health issues of veterans are headache and malaria, then we do not have a problem but unfortunately it is not. Most of their health issues require serious attention.”