APC, Abiodun afraid of me – Adebutu 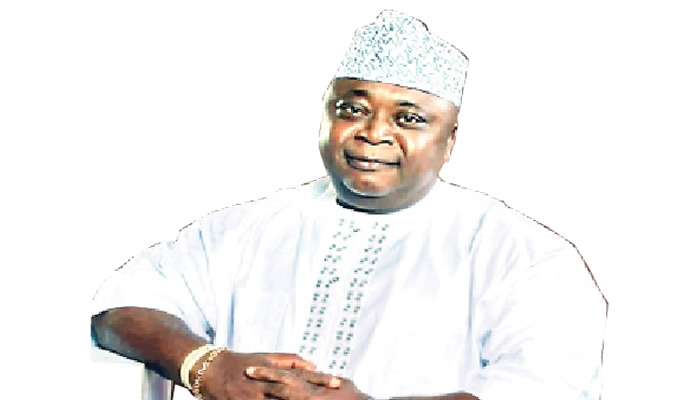 The governorship candidate of the Peoples Democratic Party in Ogun State, Oladipupo Adebutu, speaks to DAUD OLATUNJI about his chances at the polls among related issues

How did you receive the news of the court decision cancelling the primary that produced you as the governorship candidate of the Peoples Democratic Party in Ogun State?

We received it with great shock, unhappily, because we believed it was an injustice. We knew we had done everything by the book, so, we were confident that ultimately the Supreme Court would restore our candidacy.

How did you handle the anxiety while awaiting the verdict of the Supreme Court, which eventually restored your candidacy?

Actually my blood pressure went above the usual 120 (mmHg) but, with time it returned to normal and then good sense and power of leadership returned and I realised I had to go forward and lead my people and the party and I had to make sure that the structure was not destroyed. We had to keep the structure so that the tool we needed to work would be sharpened. We also made efforts to keep hope alive assure our people that the PDP was alive and our party survived.

Work must continue in order for us to restore hope. We are working hard. The people of Ogun State expect a lot from us and we shall deliver. Obviously, they (the ruling party) are in a panic mode, so, they refused to accept our billboards; they burnt our posters.  Clearly, they are in a mode. But we are happy. They had claimed that an opposition did not exist; now they are jittery, so,  it shows that we are the party to beat. And by the grace of God, we will produce the next government for Ogun State — a government of compassion that will be truly transparent and one that will take Ogun State to the next level.

Did you see the hand of the opposition in the internal crisis that rocked your party?

Well, when you start to delve into that aspect, you start to cast aspersions on the judiciary and I must say and explain clearly that I truly believe that all arms of government should be respected. I have been a legislator and I respect the judiciary as an arm of government. Yes, sometimes they fail because of the action or inaction of one or two human beings that are incompetent or lack acumen, but that is not enough to cast aspersions on the judiciary as a whole. One should be careful. So, I am reluctant to say that the arm of government has failed. To God be the Glory, the system worked and it is still working.

As things stand now , you and your brother from the same Remoland, Governor Dapo Abiodun, will be slugging  it out at the polls in March. How do you rate your chances?

Is it about two brothers? I understand that there are several candidates of various parties in this contest and it is not about one or two brothers. To God be the glory, there should be good democracy for Nigeria, for Ogun State and the best candidate will win.

At the 2019 general elections, you were not on the ballot and Governor Abiodun, who was then governorship candidate of the All Progressives Congress, got the block votes from Ogun East. Are you not afraid that the same thing may be repeated in the coming election, particularly with Abiodun now as incumbent governor ?

Well, I think you have got one or two things wrong there.  You didn’t get it right. Despite the fact that I wasn’t on the ballot, the APM got tangible votes from the East and in the long run, you know what happened in that election. That election is history but we choose to look away. Now, I am on the ballot, we would see who gets the block votes.

Recently, the Awujale and the Akarigbo led all the monarchs in Ijebuland and Remoland to endorse the governor for reelection. How do you feel about that?

Well, yes, the Awujale endorsed the governor; the Akarigbo also did. I am sure that at the appropriate time when I approach the Awujale and Akarigbo, they will endorse me too because I am a traditional son of these lands. The Kabiyesi will never say bad to anyone. So, I am sure that when I approach them, they will endorse me as well. That is the culture of Yoruba people.

Are you and Governor Abiodun political enemies? Did you ever relate with each other as brothers from Remoland?

Dapo is not a stranger to me. He might be somebody high up there to people, but, for me, he is somebody I know closely. I know him more than you know him; let us leave it at that.

What do you have that Governor Dapo Abiodun does not have?

Number one, I have capacity and acumen. For a start, I have a business that I run and nobody has had any reason to accuse me or become suspicious that I am manipulating the system.

My businesses are straightforward. I’m an agriculturist, I rear and sell animals; there are no grey areas, I don’t get contract, I don’t do business with government; I am a straightforward Nigerian. I sweat to make my money.

What is your assessment of the current administration?

In my inaugural campaign speech, I made some assertions. They started shivering because of the figures I quoted.  A few days later, the Debt Management Office confirmed those figures.  In one year, Ogun State borrowed stupendous amounts like never before. What did they do with the money?

How acceptable are you to Ogun people?

What is the state of the crisis within the Ogun PDP now?

Did you pay Segun Seriki and Segun Sowunmi’s camps to come back? How much did you pay them?

I won’t tell you if I paid them. I am entitled to my privacy.

Do you think you can defeat Governor Dapo Abiodun, being an incumbent governor in the election?

I will ask you a question. Do you live in Ogun State? Were you better off four years ago? The truth is that you are not better off than four years ago. The truth is that APC is a very bad brand. Dapo is a very bad manager and the APC has failed Nigeria. Ladi Adebutu is a good leader. He is transparent, full of achievements, and he is truthful and the PDP is a good brand.

Is it true that you have a deal with former Governor Ibikunle Amosun ahead of the election?

If I have a deal with him, I will not tell you.

Recently, Governor Dapo Abiodun said Oke-Mosan is not a beer parlour and some people believed that he was indirectly referring  to you. Sir, do you drink?

I will be more concerned about the use of heroin, cocaine, and that is why I have stated in different fora that people in higher offices should make sure they are making correct decisions with their brains working correctly from time to time.

Will you pass a drug test if you are also tested?

Do you drink heavily, sir?

I don’t drink heavily but I am not a pope.

How prepared are you for governance if elected?

I can assure you that you will have possibly one of the best governors in Nigeria, in Ogun State in the next few months.

Recently, you received some people from the registered political parties. What prompted them to choose you rather than the incumbent governor?

I do not know the exact number but I think they were 14. The truth of the matter is that the party is a receiving one and we will continue to receive various entrants and returnees. We will be receiving members of the APC back into PDP and commissioners and Special advisers for that matter. The time has come for everybody to come back home. They have eaten enough. The party is over, come back home, and let’s rescue the state.

What is your message to the people for the new year?

My message for the people of Ogun State in this new year is that we must thank God for his mercies for taking us through difficult times. Worldwide there have been difficulties, not peculiar to Nigeria alone. However, for Nigeria, it has been particularly difficult because we had a misfortune of bad governance. My advice to Nigerians and the people of Ogun State, in particular, is that relief is around the corner. Relief is just a few months away. We must be determined at this period. We must get our PVC. We must diligently perform our civic duties. We must vote because our votes shall count. We must avoid any means deployed or employed to subvert the purpose of cohesion. The people of Osun State did not sell their votes, now they have freedom. That’s the difference. We must stand firm.

Workers are not paid. When elections are around the corner, suddenly, they had become emergency road workers. Why didn’t they repair these roads three years ago? Suddenly, they want to create appointees all over the place. This is a time to use your head. Make the sacrifice for Ogun State.