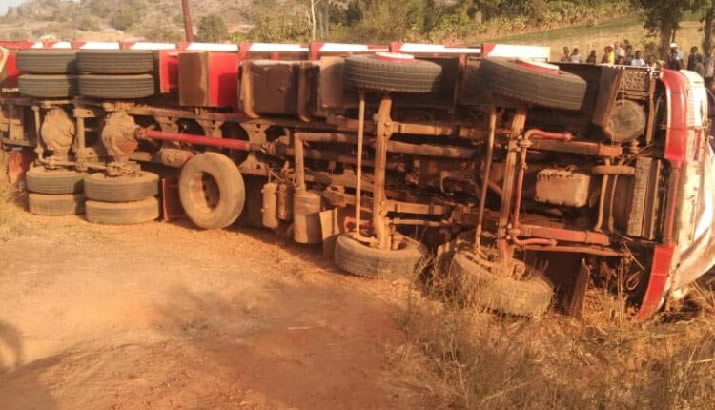 No fewer than 25 people have been killed in separate accidents in Plateau, Abuja and Lagos.

The Federal Road Safety Corps on Sunday confirmed that 16 supporters of the Peoples Democratic Party died in an accident in the Mangu Local Government Area of Plateau State.

The Public Enlightenment Officer of the corps, Peter Longsan, in a statement, said, “The number of people involved was 99; the number of people killed in the crash was 16 adult males, while 83 people sustained various degrees of injury. The unfortunate incident happened as a result of excessive speed and overloading, which led to loss of control and resulted in the crash.”

The crash happened on Saturday after the PDP’s zonal rally in the Pankshin LGA of the state.

The victims, who were returning from the rally, were crushed when a truck conveying them crashed near a bridge in Panyam community.

The state Governor, Simon Lalong, and a former governor of the state, Senator Jonah Jang, expressed sorrow over the death.

In a statement on Sunday, Lalong described the incident as tragic and a huge loss to the state.

In a related development, eight persons reportedly lost their lives in a multiple-road crash at Nicon Junction in the Federal Capital Territory.

In Lagos, one person was killed after a diesel-laden tanker fell on a towing van at Otto Wharf, along Apapa-Oshodi Expressway, Mile 2.

The Director of the Lagos State Fire and Rescue Service, Margret Adeseye, in a statement on Sunday, said the incident, which happened in the early hours of the day, also left another person injured.

She said, “The incident, which was reported at 04:02 Sunday, has a 45,000-litre tanker heading towards Oshodi from Apapa where it loaded diesel to full capacity before it was reported to have fallen on a stationed towing van while on motion, negotiating its way out of barriers introduced by nefarious toll collectors.

“The resultant accident, which was mitigated by the Sari-Iganmu fire crew of the agency from resulting in a fire incident and a secondary incident, however, left two male adults involved, as one was rescued alive with varying degrees of injury to the hospital and the other recovered suspected dead.”