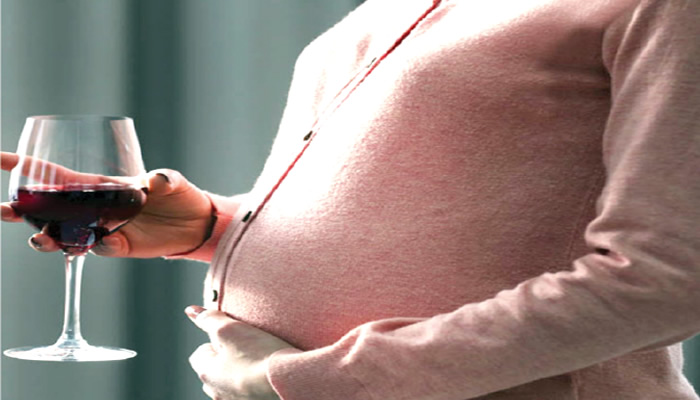 Some pregnant women who have been in the habit of taking alcoholic drinks before conception say it is difficult for them to quit the act during pregnancy despite its possible health risks to their unborn babies. They shared their experiences with PUNCH HealthWise. ANGELA ONWUZOO reports

Some pregnant women residents in Lagos State have said that abstaining from alcoholic drinks during pregnancy is difficult for them having been so used to it before conception.

The expectant mothers said the constant urge to drink makes them disregard repeated warnings by their physicians that alcohol consumption during pregnancy is bad and could affect the brain development of their babies.

This is a cause for concern, physicians say. They warned that the habit may increase Nigeria’s already high infant mortality rate.

A 28-year-old mother of two, who is pregnant with her third child and simply identified herself as Ada for fear of stigmatisation told our correspondent that she started drinking beer when she was in secondary school, adding that she cannot stay away from it for nine months just because she is pregnant.

Ada who is five months pregnant and operates a restaurant in Lagos said she grew up amid people who take excessive alcoholic drinks which influenced her to become a lover of alcoholic drinks even during pregnancy.

Sharing her experience with PUNCH HealthWise, the Imo State Indigene said, “In my two previous pregnancies, I was taking my bottles of beer regularly although I was somehow afraid of the impact on my unborn baby because of what I was hearing.

“My doctor warned me about the danger of taking alcohol including my husband’s sister. But sometimes, I can’t help it and my husband is not helping matters. He is the type that drinks a lot also. So, most times, even when I say I will not drink, once I see him drinking, I will go and get a glass cup and join him.

“I started drinking when I was in secondary school. I was 15 years old when I was first introduced to a bottle of beer. I started taking one bottle per day, gradually, I graduated to four bottles. My body can conveniently carry four bottles of beer or more without staggering.”

Ada noted that her upbringing and the nature of her parents’ business created the problem of excessive alcoholic drinks intake for her.

“My parents operate a beer parlor in Owerri. So, when I was growing up, I assisted them in the business and the business was largely patronised by men who enjoy drinking.

“Sometimes when the men buy drinks and pepper soup for themselves, they will also buy for me. My mother also drinks a lot. She drinks more than my father. She can finish six bottles of beer without staggering.

“Also, because I make a lot of sales for my mother, she was always giving me access to drinks and to even make my choice. Beer of course is my choice, so I normally go for it,” she recounted.

Continuing, she said, “So, that was how I developed the habit of excessive alcoholic drinks intake which has not been easy for me to discontinue during pregnancy. I take at least two bottles of beer a week and whenever I take a bottle of beer, it will reduce my appetite for food and also makes me not throw up.

“There is nothing wrong with my two kids. But I am slowing down on my alcohol intake in this third pregnancy because my doctor warned me to stop thinking.

“He told me that the impact could manifest later. I will try and resist the urge to take alcohol in excess but not to abstain from it because it is not going to be easy.

“What some people don’t know is that it is easier for women that have not been drinking or that are not heavy drinkers to abstain from alcohol during pregnancy than those who have been in the habit before conceiving.

“Such people can easily look away from alcoholic drinks but not heavy drinkers like us, it is not going to be easy at all. We have to tell ourselves the truth”.

Alcoholic drinks intake during pregnancy leading cause of birth defects

Data from the American Addiction Centers showed that using alcohol during pregnancy is the leading preventable cause of birth defects.

“Pregnant women and those trying to become pregnant should avoid alcohol completely until after the baby is born. Despite varying guidelines, there is simply no safe amount of alcohol consumption during pregnancy.

“Drinking alcohol of any kind during pregnancy can cause premature labour, miscarriage, stillbirth, and a range of developmental, physical, mental, and emotional disabilities and disorders in the baby, collectively referred to as foetal alcohol spectrum disorders,” the centre warned.

Physicians have also decried the attitude of some women who underestimate the impact of alcohol consumption during pregnancy and still indulge in the act.

A general medical practitioner, Dr. Makinde Akinlemibola said it was unfortunate that women are taking alcohol during pregnancy, citing its negative consequences, especially on the child.

Akinlemibola who is the Chairman of the Association of Nigerian Private Medical Practitioners, explained, “We have been experiencing it. You see, there are very terrible effects of alcohol on both the mother and the baby that is unborn in terms of proper development of the brain.

“So, the people that are saying there is nothing wrong with alcohol consumption in pregnancy are either addicted to it and there is nothing that they can do about it or do not understand the effect of alcohol and are not bothered about it.

Not aware of risks

The trader and mother-of-three says she has been taking alcohol before pregnancy and has not seen any reason to abstain from it.

“I am a lover of stout. My husband knows that I have no business with soft drinks. Before I got married, I can’t stay two days without taking a bottle or two bottles of stout.

“But when I became pregnant with my first child and went for my antenatal care, we were advised to avoid alcohol until after delivery. But before I got to know that I was pregnant, I was three months pregnant and was drinking and enjoying myself.

“So, when I was asked to stop by my doctor, it wasn’t easy for me. When I tried to abstain from alcohol for two weeks and could not make it. I continued to take it until I delivered.