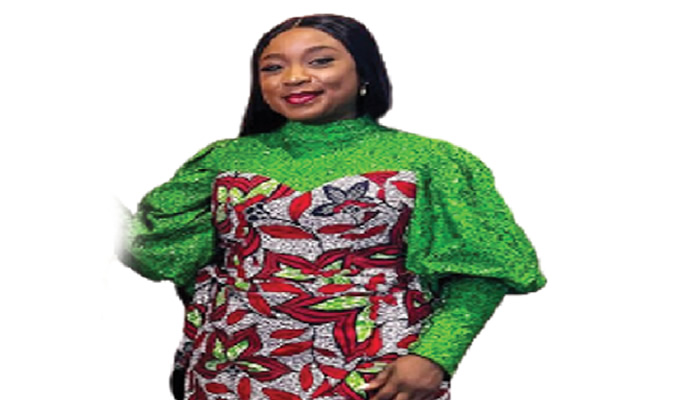 I am a lawyer and a multi-award-winning media personality with over seven years of experience in broadcast across traditional, digital and online platforms. I won the Future Awards Africa Prize for TV Presenter of the Year in 2018 among several awards, whilst also being listed amongst Nigeria’s 100 Most Inspiring Women by Leading Ladies Africa in the same year. I am also an actor and a compère, or what many refer to as a master of ceremony.

I always wanted to be a lawyer from as young as I can remember. The challenge with this was that I also wanted to be in the media and entertainment space. Every time I tell this story I cannot but mention the role that my mother played in advising me to study Law. She helped me in figuring out that of all the many things I wanted to be, being a lawyer was the only career I couldn’t get training for outside the four walls of a university. We agreed that I was going to study Law at the university and if after my call to the bar I wanted to explore something else, I can.

The interesting thing about the legal profession is that it is very broad and it forms the basis for every other profession that one can think of. Every profession that exists today exists within the confines of a legal framework. I have never stopped practicing Law because a lawyer can never stop being a lawyer. Legal training is such a rigourous one that it becomes a part of a person without realising it. The legal profession prepares one for life.

As cliché as it sounds, I started acting as a child. I was the family entertainer and very great at mimicking our family, friends and even pastors. Some Sundays after church, I would come home and re-enact every scene that had taken place in the church to the amusement of my family.

My journey into acting began in 2011 when I won the Delta Talent Quest Acting Reality TV show organised by the state government with Richard Mofe-Damijo as the executive producer. It was a reality TV show that required 10 of us to live in a house and undergo acting training daily. Our acting coach was Nobert Young. Other Nollywood actors, including Ufuoma McDermott and Gloria Young, were among our trainers. It was intense; we had to memorise lines and perform monologues/plays every week to avoid eviction. I won the competition, carting away the grand prize of N1m and a new car.  Winning the competition boosted my morale and made me realise that I could explore acting as a career. However, I didn’t venture into it immediately. As tempting as it was to ride on the wave of my newly found exposure, I proceeded to Law School to complete my legal training with honours and got called to the bar. Following my call to the bar, I had to weigh the balance between the legal profession and the entertainment space.

I explored the opportunity to step into Nollywood in 2017 when Uduak Isong auditioned and cast me to play a role in her movie, ‘Put a Ring On It’. Thereafter, I featured in other Nollywood movies, including ‘Getting Over Him’ by Uduak Isong, ‘Mama Drama’ on Netflix, and recently, ‘Jenifa’s Diary’.

My mother was the architect of my career. She saw my potential and guided me in choosing the best career path. My mother saw my passion for entertainment as well as my intolerance for injustice. This was why she believed that I was better off studying Law and exploring a career in media much later if I desired. Her support has been unwavering over the years. My mother will watch anything I feature (laughs). Whenever she watches my breakfast show on television, she will tell me how proud she is and how incredibly talented I am. This is such a gift that I don’t take for granted.

My journey on TV hasn’t been the easiest, but it has been very rewarding. The first TV station I worked with wanted a lawyer who could act. It was very fitting and I joined them. I have explored different TV shows over the years; from morning to late night and even midday TV shows. I explored all these different shows because I wanted to increase my experience and prove to myself that I can be flexible. I’m back now on breakfast television and I find it both exciting and challenging. Waking up every day at 4am is the hardest part because I like my beautiful sleep (laughs).

I love to hear people’s stories and connect with them on an emotional level. This is what fuels my passion. As a compère, I love meeting different people and I form an audience-to-stage bond as well as a one-on-one bond during post-event networking.

As a TV presenter, I love to hear everyone’s side of the story and help them tell it as best as possible. Also, as an actor, I enjoy taking on different characters and giving them a voice for expression.  All these I do are all interconnected and it makes me go the extra mile to research my clients, guests, or characters.

I have a love-hate relationship with self-doubt and it is quite interesting how this unfolds in my day-to-day life. I resent how it makes me second-guess my magic and the many things I do so excellently. However, I love that it keeps me on my toes and makes me put in the work.

Beyond navigating self-doubt, there are other external challenges I have had to deal with it in the course of building my career. I was once told many years ago that I had no place on television and I didn’t have a good voice. At some point, I got demoted from work. I was also told that my English was subpar. All these happened in quick succession and it was hellish at that time. Looking back, I’m grateful for those experiences that have now shaped me into the person I have become. They have taught me that people’s projection of me does not have to be my reality, and if I keep showing up and doing the work, I can rise above whatever dirt is thrown at me.

Social media has become an online media kit for me where potential clients get to see my previous work. In addition, it has also presented me with job opportunities as an influencer. It is important to mention that the greatest gift social media has given me is my community of followers who have loved and supported me through different seasons of my life and career. I have met some truly incredible people from social media and I’m always grateful for that.

Another way social media has influenced my brand is that it helps me express my essence. Two words –love and light – have been used to describe me many times. Social media allows me to share all of that love, light and laughter. It’s almost impossible to miss out on that energy when one comes to my page for the first time. One of my superpowers is telling stories, sometimes from my personal experience. It is the stories and the vulnerability with which I share them that help me connect easily with my followers and even strangers. I like that.

I have said to anyone who cares to listen that I would love to play the role of a female fighter in an action movie. Perhaps, it is this dream that fuels my desire to learn to ride a power bike. I honestly don’t see this happening and that is okay, but dreaming is free right?

(Laugh) I’m not yet as famous as the love of my life, Michael Jackson. However, the influence I’ve been able to garner has its perks. The kindness I receive from people is truly heart-warming and it’s something that I treasure.

I dislike the external pressure that comes with fame. Different people have different expectations of a person in public light.

(Laughs) I respect the interest of my male fans. It’s not easy to like someone and express it. So, I respect their courage. As long as boundaries are being respected and lines aren’t being crossed, we are good.

I agree that the standards placed on women are different in comparison to the standards placed on men. Women are judged a little too harshly when relationships don’t work out when in the actual sense, there were two people involved in the relationship. We have a culture that teaches women to self-betray and push their happiness to the back burner like it doesn’t matter, but it does. The fear of judgment and societal condemnation is what makes many women stay in toxic relationships. This fear was handed down by our mothers who also received it from their mothers, but we must do better.

Comfort is key for me. I like to feel comfortable in whatever piece I am wearing.

I unwind by watching films, swimming, sleeping and going out to eat. Also, I love travelling for adventure and adrenaline-spiking activities like parasailing and skydiving. Other than this, I enjoy staying at home.

Red is my favourite colour. It catches the eye, difficult to ignore, and it speaks of passion, intensity and vigour. These words embody the way that I live life and the way I love.