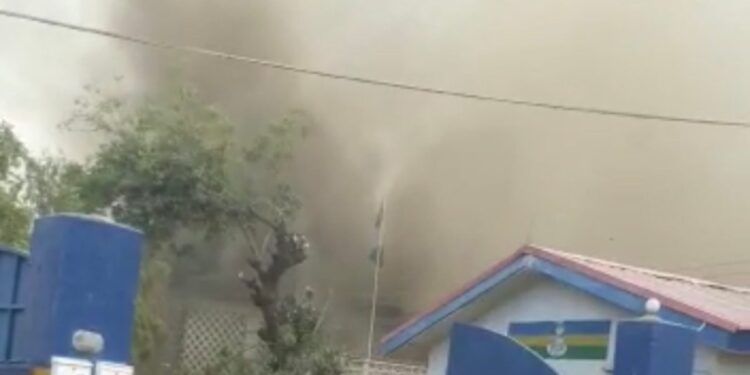 The Kano State Police Command headquarters at Bompai, Nasarawa Local Government Area, was gutted by fire on Saturday, with many offices and files razed.

The state fire service officials were said to have been deployed to the scene to contain the raging fire on the one-storey building of the command.

It was gathered that the entire top floor of the building was gutted by the inferno but the office of the state Police Commissioner, Mamman Dauda, was spared.

According to witnesses, the fire started at about 2pm, and affected structures from the Provost Office down to the office of the Deputy Commissioner of Police.

The cause of the inferno was still sketchy as of the time of this report.