Construction sector under yoke of inflation 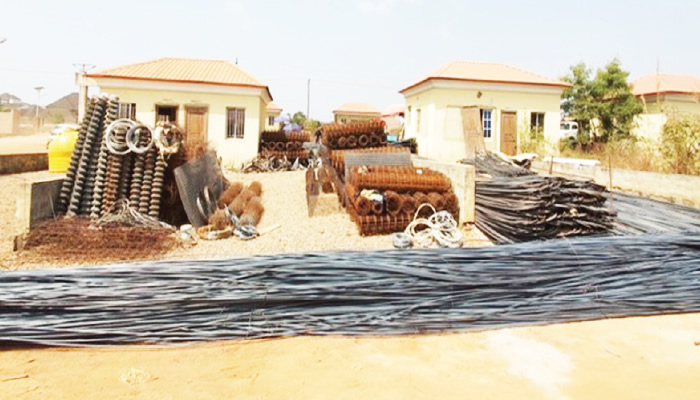 Nigeria’s inflation rate surged to 21.47 per cent in November 2022, up from 20.47 per cent recorded in the previous month. This affected the costs of building materials such as reinforced concrete, sand, roofing sheet, tiles, cement, and granite, as their prices rose by over 80 per cent.

More than 60 per cent of the total cost of housing construction is spent on materials, which are mostly imported, while the remaining 40 per cent is spent on labour. Many estate managers and developers did not enjoy the best of times in the sector as they experienced slowed transactions due to other issues like the cost of acquiring land/title, scarcity of skilled labour, fluctuating foreign exchange, logistics problems, and supply bottlenecks that affected projections.

The Chief Executive Officer, CoBuildIT Projects Limited, Oluwole Olabanji, attributed the slow growth of the construction sector in 2022 to inflation.

He said, “Growth has slowed in the sector, the massive inflation in Q1 has heavily impacted construction material prices and seriously hampered the ability of many developers to deliver projects on budget. “This has imperilled many projects and big players. The activities in the sector have been largely due to sizeable Diaspora investment in rental units, and the regular home buyers/builders who procure units over extended periods.

“The continuation of the current forex regime of parallel pricing will continue to create volatility for pricing of imports which will continue to drive inflation and negatively impact the sector.

“The critical threat to the sector derives from the political/policy underpinnings of the macro-economic environment. Unless we implement policies that quickly deliver macro-economic stability, the sector will continue to suffer severe shocks in the New Year.”

In the same vein, the Principal Architect, Vista Collaborative, Bodunrin Oguntoye, noted that the major obstacle to the growth of the construction sector in 2022 was the rising cost of building materials which is largely affected by the foreign exchange rate.

He said, “Most of the items used in construction are dollarised, including those assumed to have been locally produced. They are indeed locally produced. However, their raw materials are sourced through import activities, and this could only be made possible by foreign exchange.”

“Many people would want to own buildings. So, there must be a way to democratise it, providing assistance and funding.”

Oguntoye further stated that a key aspect that would impact the construction industry in 2023 would be the national economic disposition and behaviour.

“If more people find jobs and earn, they will then have more money set aside to invest into the construction sector. So, if the economy improves, purchasing power will increase and construction activities will improve.”

Going forward, the architect emphasised the need to pay attention to the mortgage system in order to make it easy for people to access funding to procure their own homes. According to him, this will help the construction industry greatly.

Speaking on the performance of the sector last year, the Principal Architect of Vista Collaborative asserted that despite the poor performance of the Nigeria economy in 2022, Nigeria’s Gross Domestic Product from construction alone was projected to trend with a margin of increase to 6.5 per cent in the new year due to high population and urbanisation growth

He said, “Construction demands are expected to remain healthy for the near term. Although the possibility of an economic downturn isn’t off the table, pent-up demand for new construction, including a nationwide housing shortage and government infrastructure projects, should largely sustain activities of the construction industry.

He added, “Though it was nationally reported that the construction sector contributed N12. 9tn to the GDP in 2022, there is no absolute guarantee of increase in this past trend except the government puts in intentional efforts to fix the economy, fix inflation and the depreciating nation’s currency. There is definitely much potential in the construction sector if carefully monitored and developed.”

According to him, looking from the housing perspective, except the nation’s mortgage system is developed, it will be difficult for stakeholders to construct more houses to bridge the 28 million accommodation gap in the country, due to the low purchasing power of people in need of housing.