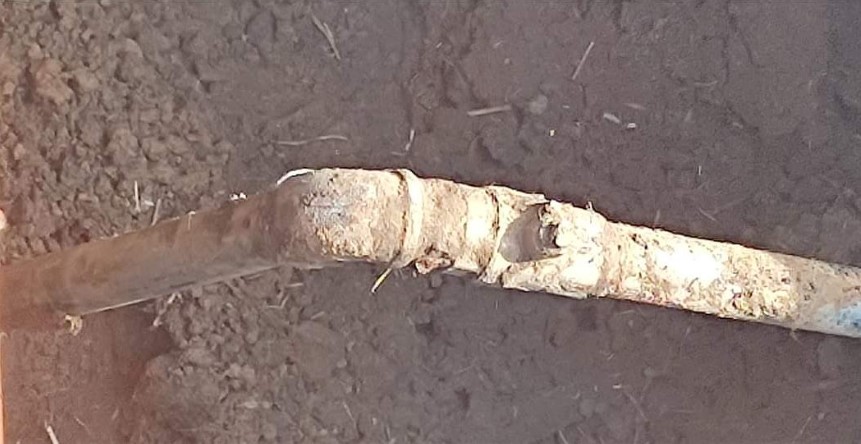 Speaking at the site during an observation tour of the discovery site along with other stakeholders, Dumnamene revealed that the tap point is capable of loading two tankers of 33,000 liters.

“Sometime last week I was invited as an environmentalist to come and observe what was discovered. In fact, the people that discovered this point and from what they told me are the youths who are working as pipeline surveillance contractors in the area.

“They had to involve the local government Chairman who led the team to the Trans-Niger Delta pipeline in Nonwa Uedume in Tai LGA and getting there we saw that the criminals actually connected the pipe that is about 1.5 millimeters to the main pipeline (Trans Niger-Delta pipeline) and the pipe was laid out to about some kilometers away from the point where it helps them to load at least two of 33,000 liters of tanker every night. And the pipe is said to have been there for over seven years.

“And then looking at the environment as I was called to observe, I could see pollution around the area but not as much as oil extraction,” The Guardian quoted him as saying.

Dumnamene disclosed that Shell was at the site for observation and it is taking steps to remove the tapping on the pipe to forestall further damage.