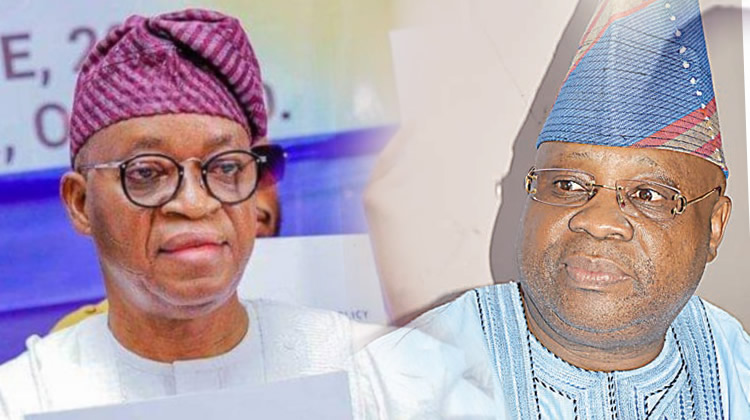 Journalists, public servants and other people who had one business or the other on the premises of Osun State High Court on Friday had a hectic time accessing the area following the deployment of heavy security as the Tribunal hearing the petition against the Osun State Governor, Ademola Adeleke, concluded its sitting.

The candidate of the All Progressives Congress at the July 16 polls, Mr. Adegboyega Oyetola, is challenging Adeleke’s victory.

Many visitors to the court were not allowed to enter the premises with their vehicles by armed policemen stationed at the entrance to the court.

Also, many people who could not convince the security operatives at the entrance were turned back.

The Osun APC and the Peoples Democratic Party on Thursday traded allegations about the plan to attack the venue of the tribunal sitting by some unnamed politicians.

The APC in a statement by its acting chairman, Tajudeen Lawal, however, called for reinforcement of security around the High Court premises where the tribunal was sitting to stop the planned attack.

But the PDP in a counter statement signed by its acting chairman, Dr Adekunle Akindele, declared that it was the APC that planned to attack the tribunal sitting, adding that the party only raised the alarm to shift attention away from it.

As part of extra security measures put in place by the police, a limited number of both PDP and APC members were allowed into the court premises.

As of the time of filing this report, the adoption of final written addresses by the parties was ongoing.