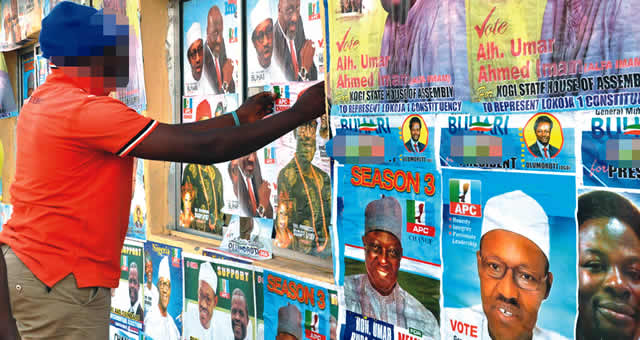 The Osun State Police Commissioner, Patrick Longe, on Friday, warned those destroying campaign billboards in the state to desist or face the wrath of the law.

The CP who said the destruction of billboards and posters constitutes an offence, urged politicians to play by the rules.

Long said, “It is an offense to destroy billboards of other political parties. The space is large enough for politicians. Anybody who runs foul and was caught, the person will pay dearly for it irrespective of the status.”

Agboke, however, said the commission would collaborate with security agencies to stop the trend and ensure hitch-free elections.

The REC, who assured that the votes of Osun people would determine those that would win in the coming elections, advised the candidates to solicit votes instead of destroying billboards.

He said, “INEC is working tirelessly to ensure free, fair and credible election on the scheduled. INEC will scrupulously apply the laws without fear of favor to ensure a free credible inclusive and transparent election comes February, 2023.

“It has been brought to the attention of the Commission that some unscrupulous people are destroying other Political Parties Bill Boards, Posters, which is not fair for the conduct of a peaceful Election in the State.

“This has created palpable fears in the polity. I want to enjoin all the political parties present to develop the culture of political tolerance and the display of political maturity by allowing healthy competition among themselves in other to portray the real Omoluabi in us.

“The voting of Osun people will determine the election results in 2023. If you want to be voted for solicit votes from the electorates and stop destroying billboards and posters of your opponents. Enjoin your members to collect their PVCs; no one can rig this election.”