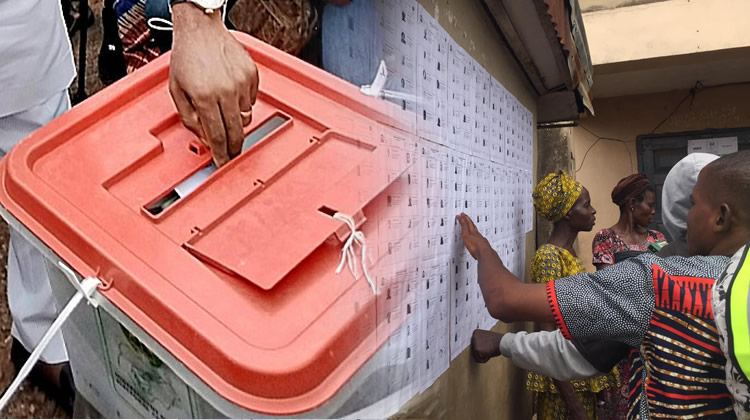 Ahead the general elections, the National Orientation Agency has warned politicians and voters to desist from vote-buying and other electoral offences.

Citing the electoral law, the agency said electoral offenders would face the punishment which included a one-year jail term for vote buying and selling.

Speaking in an interview with Saturday PUNCH, the Oyo State Director of NOA, Mr Kayode Odedokun, urged voters to cast their votes according to their conscience and not fall for bribes from politicians.

He also said for votes to be valid and counted, it must be done rightly, adding that voters should cast their votes according to the guidelines of the Independent National Electoral Commission.

Advising that counting should be effectively monitored at the polling units, Odedokun said, “We have been working round the clock to ensure that citizens are aware of their roles to the state especially during electioneering period as this; people are guided to understand the needs to come out to vote, ensure they vote for their candidates, vote rightly, and that they monitor their vote within the ambit of the new electoral guideline.

“We have kick-started mobilising the citizenry that you can vote and vote wrongly but you must ensure you vote and vote appropriately. As much as possible, we have assured them (voters) that as much as they are ready to do what is expected of them, their security is assured.

“More importantly, we have assured them that on the day of election, there are things expected of them. You can’t wear an emblem of a party; you can’t come in with your phone set either to record or to do anything whatsoever.

“INEC has stepped up its programme to ensure that we have quality general elections, politicians too have devised means through vote-buying. We have made them understand that vote-buying attracts punishment such as fines and jail terms.

“If you don’t want to go to jail, you must desist from vote-buying or vote selling. Allow people to vote according to their conscience and their choice of candidates. Citizens should vote rightly and when you vote rightly, your vote will count.”

Odedokun also cautioned youths against participating in political violence before, during and after the polls.

According to him, no politician will allow his children to participate in violence but they will rather send other people’s children out to engage in violence before, during and after elections.

He enjoined youths to secure their future by desisting from becoming tools of destruction in the hands of politicians.