No timeline to remove Okupe from watchlist – EFCC 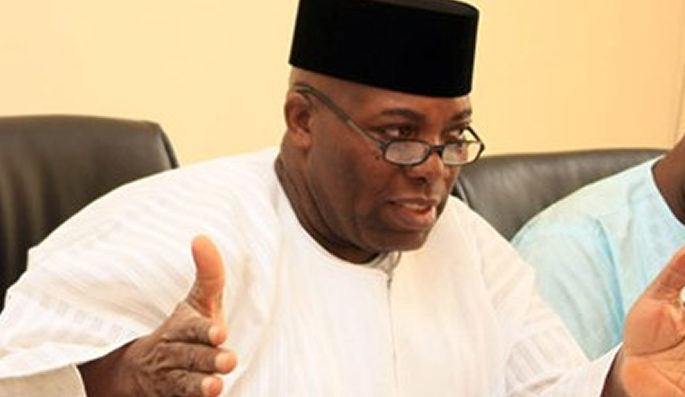 The Department of State Services, on Thursday, arrested the former Director-General of the Labour Party Presidential Campaign Council, Doyin Okupe.

Also, the Economic and Financial Crimes Commission has said it will expunge Okupe’s name from its watch list following his arrest by the DSS at the Murtala Muhammed International Airport in Lagos.

Afunanya said, “Okupe was intercepted by the DSS at Terminal 1 of Murtala Mohammed International Airport, Lagos this morning at the instance of the EFCC. He has long been handed over to the commisson which requested the action. Okupe was billed to fly to London via Virgin Atlantic.”

The PUNCH had reported on Monday, December 19, 2022, that Okupe was sentenced to two and a half years imprisonment for breaching the Money Laundering Act.

Okupe was convicted and jailed by a Federal High Court in Abuja following his prosecution by the EFCC for money laundering to the tune of N700m.

In his reaction to Okupe’s arrest, the EFCC spokesman, Wilson Uwujaren said, “Concerning the interception of Doyin Okupe; the DSS, today, January 12, informed the commission of the interception of Dr Okupe, former presidential adviser, at the Murtala Muhammed International Airport in Lagos.

“The Service acted on a watch list request issued on July 18, 2016, over six years before his recent conviction on money laundering charges by the Federal High Court, Abuja.

“The commission was in the process of formally lifting the watch list before his interception, and will expedite action in this regard.”

Although the EFCC had earlier on Thursday said it would remove Dr Okupe from its watch list ‘more quickly,’ in a separate telephone interview with The PUNCH on Thursday, Uwujaren, noted that the removal of Okupe’s name from the watch list would go through a process for which the EFCC cannot confirm its duration.

Uwujaren said, “There is a process for doing this, and one can’t say, ‘okay, this is the day we’re going to end the process’. And I think our statement (earlier on Thursday) is explicit, and we are standing by it.”

Uwujaren added that he could not confirm an inquiry by our correspondent on whether officials of the commission apologised to Okupe as claimed by the former presidential aide.

Okupe had posted on social media after his release that EFCC officials apologised and released him.