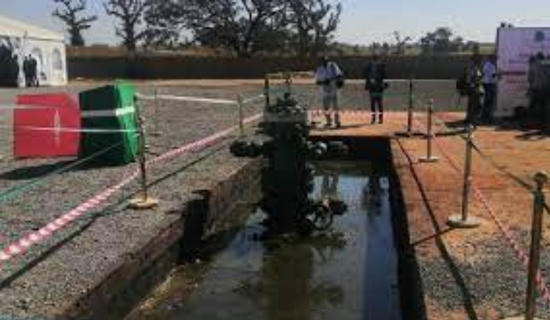 The Nigerian National Petroleum Company Limited on Friday announced the discovery of oil in Nasarawa State and said it was set to drill the first foot of an oil well in the Northern state.

It said the discovery was in continuation of its oil exploration activities in the country’s inland basins, adding that it would spud the first oil well in Nasarawa State in March 2023.

On January 5, 2023, The PUNCH reported that NNPC was prospecting for crude oil in more locations across the north, after discovering the commodity in Bauchi and Gombe states.

The report stated that NNPC was taking coordinated steps for more frontier exploration in the region, as part of measures to shore up the country’s oil output and reserves.

The company had disclosed this in a document on the frontier exploration services activities of the NNPC from 2020 to 2022, as outlined some prospective states where oil was expected to be discovered to include Niger, Nasarawa, Sokoto, Borno, Yobe, Adamawa, Bauchi, and Gombe.

On Friday, NNPC’s Group Chief Executive Officer, Mele Kyari, announced the oil discovery and the planned spud-in when the Governor of the state, Abdullahi Sule, led a delegation of prominent indigenes on a courtesy visit to NNPC in Abuja.

Kyari, in a statement issued in Abuja by the corporation’s spokesperson, Garba-Deen Mohammad, said the results of exploratory activities confirmed the presence of substantial hydrocarbon resources in the state.

He called for prompt action on the project, as the global energy transition had led to a reduction in investment in fossil fuels.