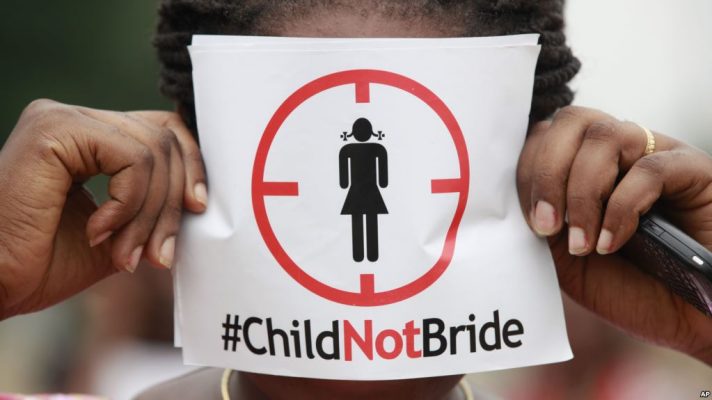 No fewer than 473,429 Nigerians have called on the President, Major General Muhammadu Buhari (retd.), to ban and criminalise child marriage in the country.

The call was contained in a petition, which started on the global change website, change.org, by a civil society group, Never Your Fault, run by three teenage girls, has gained traction online.

The girls; Susan Ubogu, Kudirat Abiola and Temitayo Asuni, in the petition they co-signed, noted that the Child Rights Act of 2003 which criminalised marriage contracts involving girls under 18 years contradicted the Nigerian Constitution (1999 as amended) which states that, ‘any woman who is married shall be deemed to be of full age.’

“Due to the fact that this law is not clearly stated, many Nigerians have got away with marrying young girls at any age,” part of the petition read.

The group, therefore, called on lawmakers in the National Assembly to amend the contradicting section of the law and make the constitution clearer on child marriage in Nigeria.

According to the United Nations International Children’s Emergency Fund, in their latest report, Nigeria has the 11th highest percentage of child marriage in the world.

UNICEF added that about 44 per cent of the female Nigerian population got married off before their 18th birthday.

“That is 40 million people. Imagine if we had 40 million more people working towards solving the issues of our country. Child marriage also leads to a number of illnesses for the girl child, ranging from vesicovaginal fistula, sexually transmitted infection, high blood pressure and postpartum depression, amongst others.

“A child as young as 11 can be married off; this leads to numerous complications not only for the child but also for the economy as a whole.

“Sign this petition to ban child marriage in Nigeria and make the constitution clearer and ensure that the law is enforced all over the country. I guarantee you it will change a life,” the petition added.