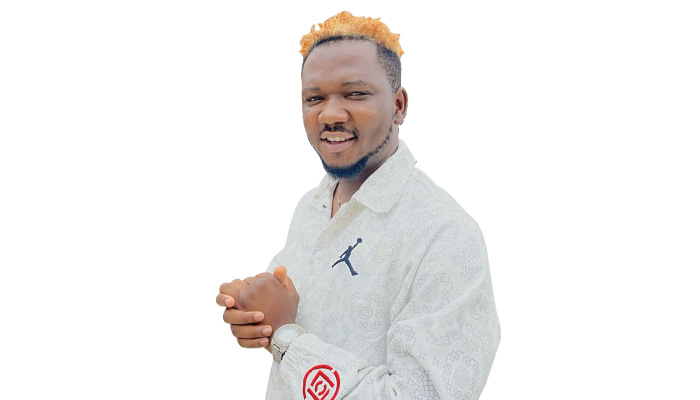 Skit maker, Ayomide Adegboye, aka Ayomidate, with 576,000 Instagram followers, tells BLESSING ENENAITE his journey into stardom and other issues

What kind of background did you have?

I am from a family of five children – four boys and one girl. I am the only one in my family that is a skit maker. My mum is late but my dad is still alive. I am from Osun State.

What are your educational qualifications?

I attended Glory El Primary School and Day Secondary School, Tunga, both in Niger State. I went on to the Osun State Polytechnic, Iree, Osun State.

What inspired you to become a skit maker?

I got the inspiration to be a skit maker during one of our school’s strike actions. While at the Osun State Polytechnic, I focused on my studies and I was not usually online. However, the strike made me bored and I decided to go online to check the latest happenings and also watch videos to kill the boredom.

Then, I saw some skits by Emmanuel Iwueke aka Craze Clown, and I felt I could do it also. I started making skits to kill boredom and with the expectation that I would start making money too. My friend also motivated me to do skits.

What year did you start skit making?

How did you coin the name, Ayomidate?

I was using the name, @iam_ayomide, but it was difficult for some people to find my social media handle on Instagram because some were impersonating it. My friends advised me to choose another name that will be very unique. They were suggesting different names, then, I came up with the name, Ayomidate, which is a combination of my name and ‘date’ – meaning that I am up to date.

Do you produce skits as a full time job?

It is a full-time job.

What are the challenges you face as a skit maker?

Also, I will feel like maybe what the other person is doing is way better than mine. It means that I have to buckle up. It is not as if I would hate on anyone but it is simply a challenge for me to buckle down. I see a challenge to do better when I am reading through my comment sections on social media and my followers tell me that what I am doing presently is not what I am supposed to do.

What are some of your achievements as a skit maker?

I bought my dad a car and I have one for myself too. I have other achievements too and I am grateful for all of them. I still want to achieve more things.

What makes your style distinct from others?

People know me for the slang, ‘E don happen’, which I normally say at the end of my skits. I am also known as Ay Lala because of my skits. However, I need to blend and create more distinct styles so that people will know that there is still more to expect from me.

How did you come about the name, Ay Lala?

My crew and I were shooting in a room one day and a lady passed, and my friends said, ‘Lala’ because they thought I was flirting with the lady. In one of my skits, I brought a lady to my room, who was a witch. I had left the room and entered another, which my friends were in, and they said, ‘AY Lala’, because they felt I went to have fun with the lady. Even while I posted the video on social media, I got loads of comments from my fans calling me ‘AY Lala’. That was how I adopted the name.

How did you adopt the slang, ‘E don happen’?

It was from a song done by Abass Akande aka Obesere in 2019 that went viral then. In one of my skits, I bought a lot of things for a lady and I didn’t know that she was pregnant until I was done paying. At the end of the skit I said, ‘Ah! e don happen’. That was how that phrase stuck to my brand.

Do you have any intention of delving into acting like some of your counterparts?

Have you made any skit that got you into trouble before?

I have done skits that made people ‘drag’ me on Twitter.

Some people have complained about skit makers creating repeated content for their audience, which is sometimes boring. How do you ensure that your viewers do not get tired of watching your skits?

I don’t repeat content. I can take three days off without posting on social media. I don’t put pressure on myself. I just want to do something that is very unique that my fans will not get tired of. It is not that I cannot post every day, but I allow my fans to digest my content for a while before I post another one.

Have you ever done a skit that you wished you could have done better?

Yes! There was one skit I posted and I wished I could have done better at it. I screamed that day. The skit still went well but I knew I could have added more things to it. I have other similar cases too.

Were your parents comfortable with your decision to be a skit maker?

When I initially started skit making, my father was wondering what I was doing. Other people had the same thought with him except one of my friends, who gave me his unending support. To God be all the glory, all my family members now support me, including the old people in my village.

How do you handle tough times?

I handle tough times by thinking, putting off my mobile data and sleeping (laughs). It is online that one meets the toughest times. So, resting helps me to clear my head.

It has been said that some skit makers usually demand sex from the ladies they feature in their skits. What do you have to say concerning that?

It is unacceptable and it does not make sense for a skit maker to request for sex before giving anyone a role. If one cannot feature different persons in their skits, they can focus on one person. That does not mean that they will not also give other people an opportunity to feature in their skits when necessary. A lot of girls have also requested to feature in my skits and we stick to work alone.

Who are your role models?

My role models are Craze Clown and Kevin Hart.

Which notable personalities have you featured in your skits so far?

I have featured Mr Macaroni, Sydney Talker, Nasty Blaq, Shan Comics, Oluwadolarz, Cute Abiola and some other people. I have unfinished work with Craze Clown.

Yes, in 2018/19. Things were so hard then. When one is doing something and money is not forthcoming, that is when pressure will come. Even my family members were complaining and it made me feel bad. They wanted me to do other profitable things.

In 2019, a content challenge was organised on social media, which I won with a cash prize of N100,000. The money was like millions of naira to me then. That was how my brother started encouraging me to continue making skits. God saved me during that period.

What are some of the lessons you have learnt so far in the industry?

I have learnt to stay calm because some things take time. Also, I have learnt how to maintain my space and be hopeful at all times.