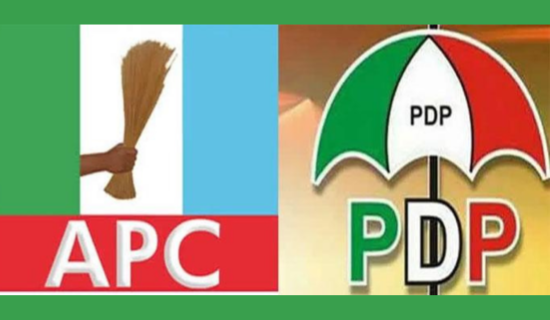 The Peoples Democratic Party in Osun State, on Thursday, accused the state chapter of the All Progressives Congress of planning an attack on the venue of the Tribunal hearing petition against the victory of the state governor, Ademola Adeleke.

Earlier, the APC had demanded improved security within the premises of the State High Court, the venue of the sitting of the Tribunal panel hearing its petition on the July 16 governorship polls, to prevent a breakdown of law and order.

The parties in the matter are expected to present their final written addresses before the Justice Tetsea Kume-led panel on Friday.

The demand for more security was contained in a statement issued by the state Acting Chairman of the APC, Mr. Tajudeen Lawal, who asked the state police command and other security agencies to act with a view to nipping in the bud violence by those he referred to as “disgruntled politicians.”

Lawal also challenged the assigned security officers at the Tribunal venue to discharge their duties without fear or favour with the exhibition of civility during the course of performing their official responsibilities.

The APC statement partly read, “Let me appeal to the Osun State Police Command and other sister security agencies in the state that they should not treat the issue of security in and outside the tribunal with levity.

“The members of our party should continue their usual culture of decorum no matter the provocation from any quarters in order to be active partakers in watching the imminent light at the end of the tunnel.”

In a reaction to the Osun APC’s call for security beef-up around the Tribunal sitting venue and alarm over a planned attack on the sitting, the PDP, in a statement signed by its acting chairman, Adekunle Akindele, called on the police to invite the Osun APC chairman, Lawal, and his media adviser, Kola Olabisi, for questioning, adding that the opposition party only adopted a “subterfuge of levelling allegations on a plot it has perfected.”

“When the APC now raises an alarm about a planned attack, we are apprehensive. We have the feeling that the APC has a sinister plot to launch an attack on the Tribunal sitting. Aware of its very bad case at the Tribunal, the APC is scheming to create mayhem to disrupt the sitting.

“We consequently call on the Commissioner of Police to invite the acting chairman of APC and the media adviser for questioning. The duo probably have insight into the alleged plot to disrupt the Tribunal. Their testimonies will assist the Police in the maintenance of law and order.

“We also use this opportunity to reassure the public that the state government is on top of the situation. No opposition party will be allowed to turn Osun into a battleground. The sitting tomorrow will be peaceful and we are convinced that the Tribunal will eventually validate and confirm the election of Senator Ademola Adeleke as the Governor of Osun State,” Akindele concluded.

Reacting to the allegation by the PDP in a telephone conversation with The PUNCH Thursday evening, the Osun APC spokesperson, Olabisi, said the PDP should be disregarded, as the allegation was a figment of the imagination of the party.

He said, “They (the PDP) should be disregarded. The allegation is the figment of their imagination. There is nothing like that.”