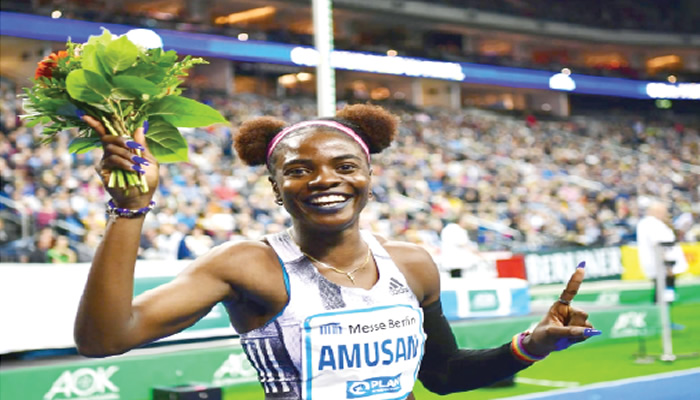 To win the award, Amusan had 89 votes ahead of second-place Ejiro Otarigho, a tanker driver, who drove a burning fuel tanker away from a residential area at Agbarho, Delta State, in order to save lives of residents and Daniel Amah, a police officer, who rejected the sum of N200,000 from armed robbery suspects in Kano State.

The annual event, which is being organised by the Current Affairs Directorate of Radio Lagos/EKOFM, is part of the Directorate’s efforts in recognising and appreciating Nigerians who engage in worthy activities for the community, society and the country.

Lawal, who made this statement while presenting  the award to Amusan’s manager, Lanre Vigo, in his office, said the award would serve as a motivation for the athlete to continue posting brilliant performances in international competitions.

While stressing that the reward for hard work was more work, the station’s General Manager said the athlete should be proud of being associated with ex-President Olusegun Obasanjo, former US President, Bill Clinton, the late Nelson Mandela and Reverend Mother Esther Ajayi, all former winners of the award.

Amusan’s  manager Vigo said the athlete, who thanked the station’s management for the award, was delighted to be named the winner of the EKOFM Person of The Year award, adding that the hurdler has promised to make the country proud in 2023.