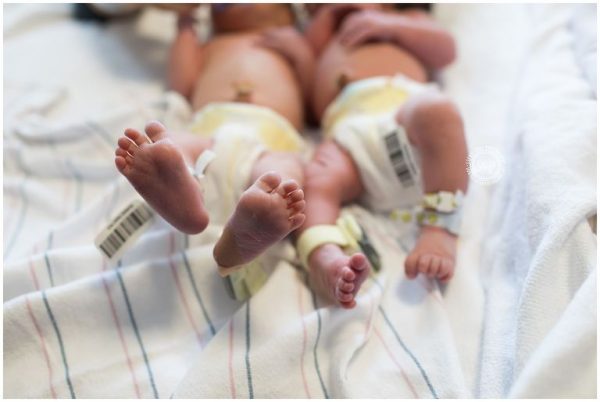 A lecturer at the Nnamdi Azikiwe University, Awka, Anambra State, Mrs. Ngozi Uzodike, has been delivered of septuplets (seven babies), two boys and five girls. Although, one of the girls did not make it alive.

Ngozi, who works at the Department of Business Administration, delivered the babies at Obijackson Women and Children Hospital, Okija, on Sunday.

The family was charged N19million by the hospital.

It was both tears of joy and sorrow for her as she lamented that she had not been paid salaries since she started working at the institution in December 2020.

Her husband, Mr. Celestine Uzodike, confirmed to journalists on Wednesday that his wife, was properly engaged as a lecturer at the institution, but unfortunately, had not been paid since.

He lamented that his wife had never earned a kobo as salary, even after she had been promoted from Assistant Lecturer to Lecturer II.

He, however, appealed to the Federal Government to pay the two years salary arrears owned to the new mother, and also come to their aid.

He said they aren’t able to foot the hospital bill and take care of the surviving two boys and four girls, alone.

He said, “The babies came out prematurely at 26th week gestation period and the hospital said they will need to be placed under intensive care unit and each of them will cost N3million. One of them has died, remaining six babies, that is why they billed us like that.”

The mother, who was very weak to speak after the delivery, said, “All I want is for philanthropists both in Anambra State and Nigeria at large to come to our aid in other to offset the hospital bill.”