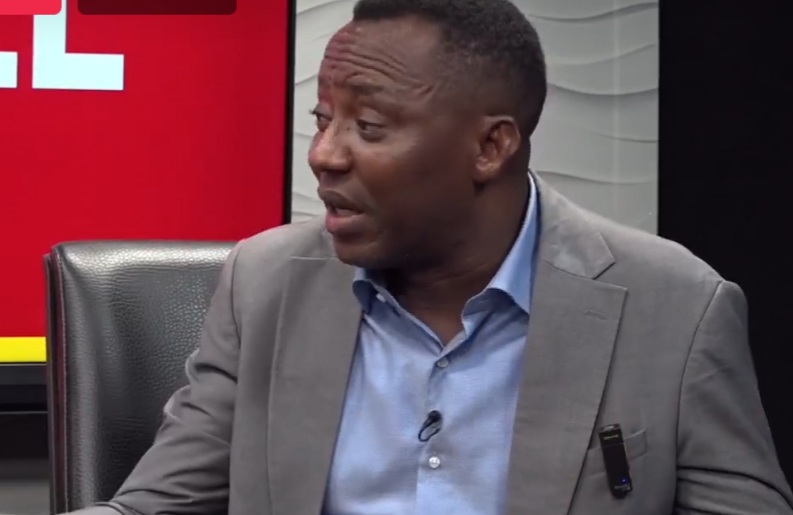 The presidential candidate of the African Action Congress, Omoyele Sowore, has said Nigerians might need to be examined if the ruling All Progressives Congress wins the 2023 presidential election.

According to him, this would help to determine why they are convenient with hardship and misery and don’t get tired of being punished and abused.

This is just as he said the Independent National Electoral Commission cannot be trusted for a credible poll.

Sowore spoke when he appeared on The Roundtable programme by The PUNCH on Wednesday, where he was asked if an APC victory would come as a surprise to him.

He said, “I will be surprised. It will be because we need to analyse two things. The first is if there was a credible election because the APC is used to winning elections that don’t happen; it’s a very shady party. The same thing applied to the PDP when they were in power.

“Secondly, if they win, we may need to examine Nigerians as a people to see if there’s something wrong with our ability to take punishment in a very elastic way, such as do we never get tired of punishment; do we ever get tired of being abused?”

Reacting to the position taken by the Independent National Electoral Commission that violence can lead to the cancellation of elections, the AAC presidential candidate said the commission could not be trusted to conduct a free and fair election in Nigeria.

“Some of our colleagues who came from the US, Europe, and South Africa to vote had to leave. And this was not a small number. I’m not saying the number would have made me win the election, but the moment that election was postponed, people had doubts as to whether the election would be held again, and they lost interest.

“In 2015, the election was also postponed for security reasons. Why were they talking about postponing the election when the Governor of Borno State said 90 per cent of the state was free from Boko Haram control? If you ask me, it’s not true. But what they are telling you is that 90 per cent of Borno is free for rigging so that they can bring in their big numbers from all those fake places where they claim that people are voting, whereas there are no people living in those areas.

“Most importantly, it shows that INEC cannot be trusted because it is an incompetent electoral body, and I have said this too many times. It doesn’t matter how you look at it, elections that have been organised by INEC have always had hiccups.

Sowore further explained that the AAC is not open to alliance with the All Progressives Congress, the Peoples Democratic Party, or any other political parties except the Peoples Redemption Party.

“There is no alliance that is possible between darkness and light. I can never align with APC. I can’t align with the PDP, and I can’t align with so many of the political parties that exist. But to let you know, we were the ones who started alliance activities first in this election cycle.

“We are in alliance with the PRP, whose chairman is Abdulmajid Daudu. This was widely reported. So, we do not need the kind of alliance that the APC seeks; those are transactional alliances. Our own are mostly ideological alliances. We align with people who believe that the country can experience growth, development, peace, and prosperity, and we use certain parameters that have to do with human indices that show that Nigerians are doing well or that we are going to do well,” he said.