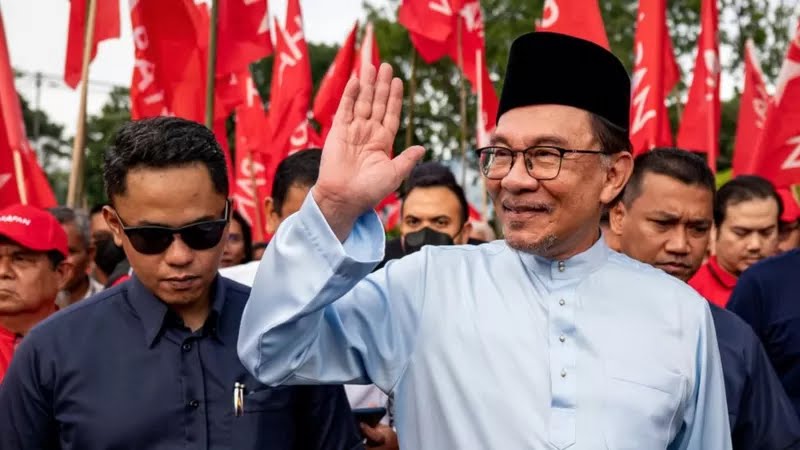 The 75-year-old was scheduled to be sworn in at 5 pm (0900 GMT), becoming the country’s fourth leader in years.

His ascension will cap a turbulent political life for Anwar – which has not only propelled him into the corridors of power but also landed him inside a jail cell on corruption and sodomy charges.

“After taking into consideration the views of Their Royal Highnesses the Malay Rulers, His Majesty has given consent to appoint Anwar Ibrahim as the 10th Prime Minister of Malaysia,” read a statement from the palace of the king, Sultan Abdullah Ahmad Shah.

In the capital Kuala Lumpur, Anwar supporters were in celebratory mood.

“I got goosebumps, seriously,” said 36-year-old Norhafitzah Ashruff Hassan. “He fought hard to be given the chance to be PM. I hope he performs well and proves his worth.”

“I cannot express in words the ecstatic feeling I have,” said Muhammad Taufiq Zamri, a 37-year-old product manager. “A sense of optimism now flows and I believe Anwar will lead the country forward.”

Anwar’s multi-ethnic Pakatan Harapan coalition won the most seats in the weekend’s election, on an anti-graft message.

But its total of 82 seats was short of the 112 required for a majority.

The king had summoned Anwar and former prime minister Muhyiddin Yassin – whose Perikatan Nasional bloc got 73 seats – in an attempt to break the deadlock.