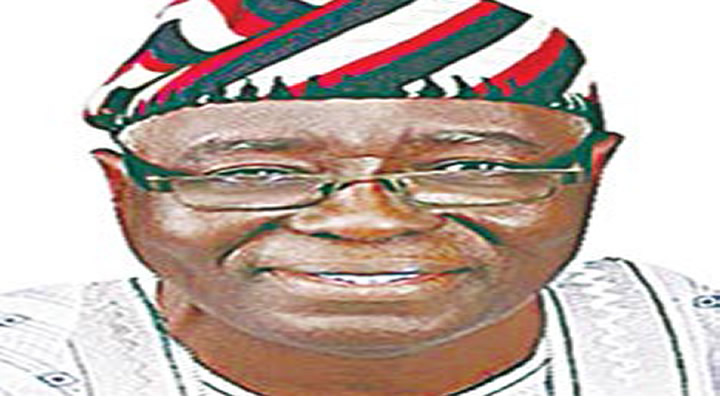 In this interview, the chairman of the Lagos State chapter of the Peoples Democratic Party, Philip Aivoji, speaks to SEGUN ADEWOLE on the visit of the five aggrieved governors of the party to the state.

Do you think the PDP in Lagos should be worried that the aggrieved governors failed to declare support for the party’s governorship candidate in the state and its presidential candidate during their visit?

I don’t think we should be worried. We don’t have any problems at all. We are focused, we know the people we are talking to, and we know how to work it out and address it. We don’t want anybody to come and win the election for us in Lagos State. We are the ones taking destiny into our hands, and we’ll work to win. So, whatever the five governors say is immaterial. They are free to support whomever they want. So, we are not bothered at all. I don’t think that we should even bother ourselves talking about it because the person who invited them said openly that he’s disappointed, disgraced, and humiliated. So, what do we have to say again when God is already fighting for Atiku? We are for Atiku, we are for Jandor, and we are winning Lagos State.

Do you think the five governors are dragging the Lagos State PDP governorship candidate, Olajide Adediran into their quarrel with Atiku?

Did they mention Jandor’s name? Did they mention Atiku’s name? As far as those who were there said they did not mention Atiku and Jandor’s names, how can I now say that when I was not there? You (the press) interview those who were present; tell us what you saw. As far as I’m concerned, all five governors are just opportunists who are not grounded in politics. They all began in politics in 1998 and no politician of note since the UPN days would make such a suicidal move. Nobody dares the party and goes scot-free.

For me, I’m not bothered. Posterity will judge everyone. I’m in the party not because of anything or whatever. I want to deliver a state for the PDP. That is my interest and focus.

Do you think the displeasure shown by PDP supporters against the failure of the five governors to declare support for Atiku and Jandor was impressive?

Yes. The voice of the people is the voice of God. It shows that Atiku and Jandor are popular in Lagos, and they can win the election in the state. The PDP members are in support of them. Anyone in this party that is not in support of the two candidates is on his own; such a person is not our member, and he’s free to leave the party. No one forced anyone to join the party. We all joined on our own volition. There’s a constitution that binds everyone together, and we must be people of honour and integrity. What amazed me is that the leader who invited them, who had been preaching integrity, turned out to be the other way around. We respect him; he’s an elder, he has served before, and he’s a retired general. But what I see is that most of them lack ethics, and discipline. Every profession has its own set of dos and don’ts. Once you cross the red line, you know you are on your own. So, if the party isn’t saying anything now, that doesn’t mean it doesn’t know what to do. Let’s just be focused and win the election.

Were your party members right to have expressed displeasure at former PDP deputy national, Olabode George, after he met with the governors?

It shows that they are committed party members and people of honour and integrity; they know what they are doing. If any leader wants to derail, you tell the leader, ‘Sir, you are wrong.’ That was the training we had in politics. Anyone I work with, no matter how high up he is, will have to be able to hear me tell him when he’s wrong if he wants me to. Some of us are forthright politicians who are not sycophants, which is why you rarely see me speak. We are standing with Atiku Abubakar, and we know he’s going to win. That is why we are not changing our minds.

Do you think the APC might capitalise on the crack in your party?

There is no crack. What are they capitalising on? They have failed. The entire society has disowned them. People are suffering because the APC has failed them; there is no food. So, what are they capitalising on? You want to capitalise on five governors? Even the five disgruntled governors are afraid to approach the APC. If they go there, all of them will be destroyed together.

Do you think Atiku has handled the situation with the aggrieved governors well?

Well, I’ll only say what I know. I’m not a member of the national body, nor am I the national chairman. I’m not a member of the national working committee, so I wouldn’t know how he handles it. What I know is that the five governors have gone too far. They are all leaders and mature people who have followers and would want to mentor people to be like them and contribute their quota to society. The way they are handling things shows they are not setting a good example, especially Governor Wike and the other man from Benue. Benue’s governor has disappointed me because I believed he was “a child of God.”

Shouldn’t your party be worried that it might lose the Igbo voters it usually banked on in Lagos now that one of their own is the Labour Party presidential candidate, Peter Obi?

I don’t think we should be worried. We need to work harder. It’s going to split not only the PDP’s vote; it’s also going to split the APC’s vote. We are not worried because, at the end of the day, PDP will win the election. Talk about the Igbo people; we have them in our party. We also have supporters who are Igbo and will vote for our party. By the grace of God, we are going to defeat the APC in Lagos State. I mean it, and it will be so.

Is the PDP expecting votes from the community of northerners in Lagos?

People’s minds have been made up; that is why you see APC jittery. That’s why, some time ago, the vice presidential candidate of the APC came to Alaba to talk to people. At the end of the day, you will see a lot of Igbo and Hausa voting for the PDP. We know those people who are Hausa APC members; they are talking to us now and they want to decamp en masse. At some point, the APC will realise that they have no Hausa representatives other than a few members of their executive committee. Those are the people they have, not the Hausa people they punish and jail every day. They molest and arrest Hausa people who sell wares that cost no more than N5,000. After arresting them, they demand N50,000 from them or put them in jail if they fail to pay. Do you think they are stupid? They will not vote for the APC because the party will cause them hardship. Let them continue to deceive themselves. At the end of the day, you will see the majority of Hausa, Igbo, and those from the South-South voting for PDP. We are going to get more votes than we used to get in previous elections.

What is your view on the school of thought that any Yoruba person who fails to vote for Tinubu is a bastard son?

I will say that any Yoruba person who votes for Tinubu is a bastard. This is a man who has no integrity; he’s not an Omoluabi, and everything about him is fake. This is a man who destroyed what Awolowo had built for Yoruba for years; he destroyed it overnight. This is a man who disgraced his fellow NADECO members till they died. People are convinced that anyone who votes for Tinubu has a mental illness or should have their mind examined. Look at the way he’s campaigning. Can that person even administer a local government at his age? Nobody should make the mistake of saying anybody who doesn’t vote for Tinubu is a bastard. Can Tinubu himself identify his mother? Can he tell us the name of his father? Who is now the bastard? Birds of the same feather flock together. So, anyone who votes for Tinubu is a bastard.

What should Lagosians expect from a Jandor administration?

Lagosians should expect a government of peace, a government of unity, a transparent government, and accountable government, not a government that will just do whatever it likes. One person has killed the entire civil service in Lagos. I was once a commissioner in Lagos State, which had the best civil service but when Tinubu came, he trashed the entire system and turned everything upside down. We are going to do a lot of work to put it right. That is why I pray that Jandor wins the election. We are going to bring in people who know how to deal with issues, people who know how to do the right thing in government; we are going to put them in place, and things are going to work. I take my experience from the past governors I’ve worked with, like the late Alhaji Lateef Jakande, who achieved so many things while in government, including housing spread across the state. When Tinubu came in, he turned everything into his personal property. He acquired so much land in Ibeju Lekki and even in Badagry. The entire IGR belongs to whom? Everybody knows all these things. When he’s bragging about the money he’s going to give people, let him give the money; we are not serving money. I know the majority of Nigerians know the God they are serving. According to the Bible, some trust in money, others in chariots, but we trust in the name of the Lord, and anyone who believes in the Lord is the majority.