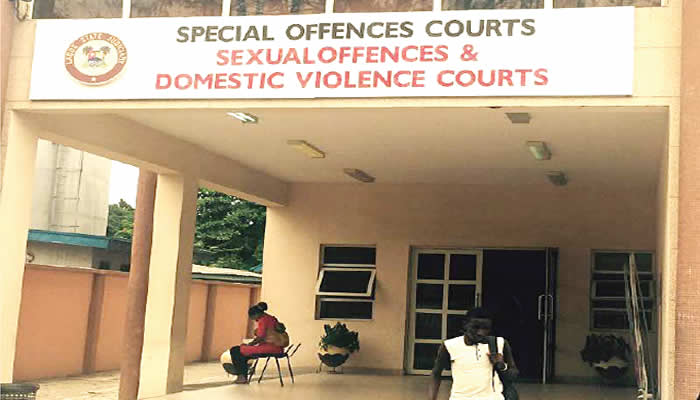 An Ikeja Sexual Offences and Domestic Violence Court on Wednesday sentenced a man, Adewale Ibitoye, to life imprisonment for raping his 14-year-old daughter.

Justice Abiola Soladoye handed down the verdict after the court found the duo guilty of sexual offences.

The trial judge held that the prosecution had proved the charge of defilement against the convicts beyond any doubt.

Soladoye condemned the barbaric act of the first defendant for having sex with his underage daughter several times and passing her to his friend for a pseudo marriage.

She held, “The victim testified that her father had sexual intercourse with her on several occasions and that her father gave her hand in marriage to the second convict after he visited their house and gifted her father a bottle of gin.

“The second defendant had sexual intercourse with her which led to pregnancy and the first defendant in his testimony confirmed that he collected a bottle of gin from his friend as wedding rights.

“The testimony of the victim was vivid and unshaken during cross-examination as the first prosecution witness, a pastor, testified before the court that the victim lost the two-month-old baby due to lack of care and malnutrition.”

The judge ruled that it was right before the court that a 14-year-old girl could not give consent in marriage and condemned the first defendant for engaging his daughter in the uncultured act.

“The first convict who had carnal knowledge of his own daughter is everything a father should not be. This is taboo and incest.

“He gave his underage daughter out in marriage to his friend for a bottle of gin. This is highly irresponsible of him as responsible fathers are out there giving the best education to their children.

“The convicts are hereby found guilty as charged and hereby sentenced to life imprisonment,” she said.

Justice Soladoye said the convicts should have their names written in the Lagos State Sexual Offenders Register.