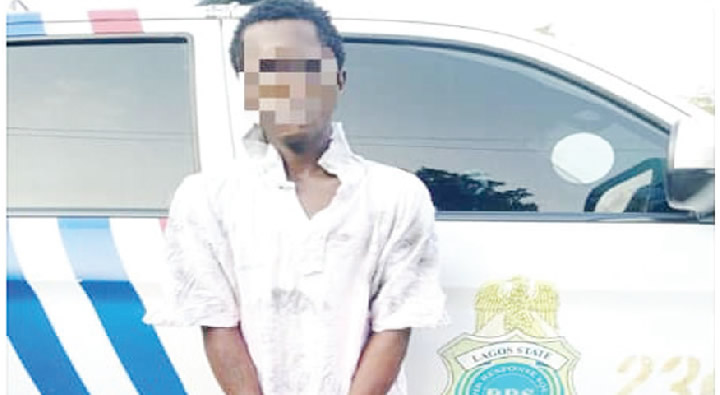 The Lagos State Police Command has confirmed the arrest of a 22-year-old suspect for dispossessing a yet-to-be identified student of his property in the Ojota area of the state.

PUNCH Metro gathered that the student, who just arrived Ojota from Abuja, was trekking home when the suspect alongside a fleeing accomplice attacked and robbed him of his valuables.

It was learnt that operatives of the Rapid Response Squad who were close to the crime scene, gave the suspects a hot chase and arrested one of them.

The state Public Relations Officer, SP Benjamin Hudeyin, who confirmed the arrest in a tweet on Tuesday, said efforts were on to arrest the other suspect.