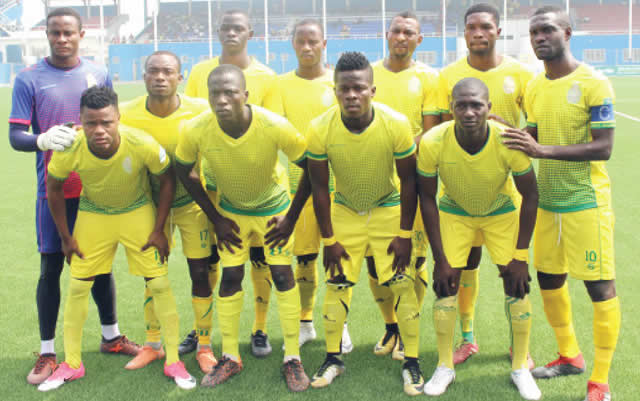 Bendel Insurance FC of Benin have been crowned champions of the Nigeria National League following a 2-1 win over Doma United on match-day three of the Super 4 tournament.

They needed at least a draw in the final match of the tournament to lift the title, after their closest challengers, El Kanemi Warriors of Maiduguri, were beaten 2-0 by third-place Bayelsa United in their last match.

But Insurance got the job done with all three points, thanks to goals from Austin Ogunye and Ebenezer Odeyemi in either half.

Ogunye opened score with a header before halftime, but Doma restored parity midway into the second half, before Odeyemi sealed the win with 15 minutes left on the clock.

Insurance finished the Super 4 with seven points from three matches to emerge winners, ahead of Bayelsa United and El Kanemi with four points respectively, while Doma finished fourth with a point.