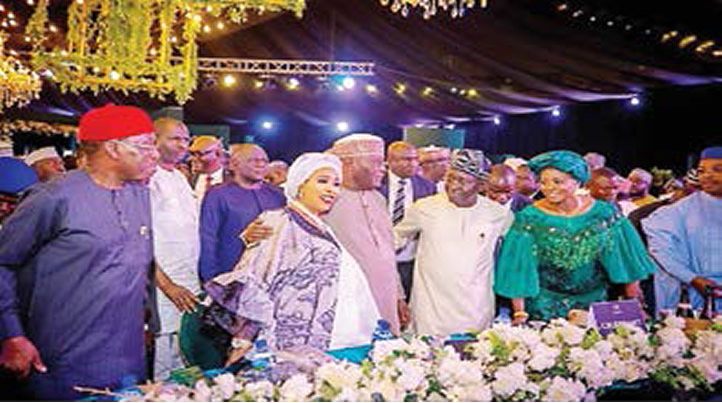 The National Chairman of the Peoples Democratic Party, Iyorchia Ayu, is undoubtedly fighting some political battles at the moment. Recall that the some prominent members of the party, including the Rivers State Governor, Nyesom Wike, have repeatedly called for his sack on account of the fact that he and the Presidential candidate of the party, Atiku Abubakar, are both from the northern part of the country.

However, Ayu is apparently not letting the issue stop him from living his life to the fullest. He celebrated his 70th birthday during the week, and it was indeed an elaborate affair.

Dressed in a cream native attire, Ayu appeared unperturbed, as he smiled into the International Conference Centre, Abuja, venue of the party on Friday, to a rousing welcome. As he walked in, he swayed to the popular song, Buga, by Kizz Daniel.

The birthday boy could not contain his joy, as he appreciated guests for celebrating with him. According to him, as the only child of his parents, he cherishes friends who have stood by him over the years. He added that that had helped him to embrace everyone, irrespective of their tribes or religions.

Ayu, however, surprised many when he stated that the best birthday gift he could get was for Atiku to be elected as the President, come 2023.