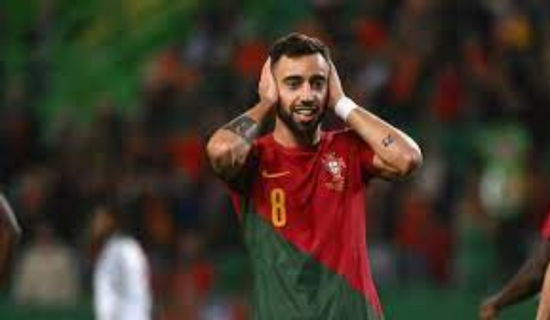 Bruno Fernandes scored twice in the first half and debutant Goncalo Ramos and Joao Mario added late goals as Portugal crushed Nigeria 4-0 also added that the win has boosted the confidence of the team ahead of the Qatar 2022 World Cup tournament.

Fernandes who led a strong Portugal side in the encounter in the absence of Cristiano Ronaldo said, “The perfection didn’t exist or at least it is very hard to accomplish, but we made a great game, dominating every level,” Fernandes told Sport TV.

“It was a win that gives us great confidence ahead of our opening game against Ghana.

“We are a team, it is not about individuals and we have a great group, young players that are up-and-coming and hungry. We are ready for the World Cup.”

The result means Nigeria are yet to win in any of their last 14 friendlies. Super Eagles failed to break their 13 friendlies without a win as Jose Peseiro’s side fell 4-0 to 2016 Euro champions Portugal in Lisbon.

Nigeria’s last friendly victory came way back in March 2019, when they saw off seven-time AFCON champions Egypt 1-0 at the Stephen Keshi Stadium courtesy of an early strike from Genk forward Paul Onuachu.

The defeat also means that the 62-year-old Portuguese tactician has failed to get a win in his four friendly matches for Nigeria.