If I am suspended APC will suffer – Senator 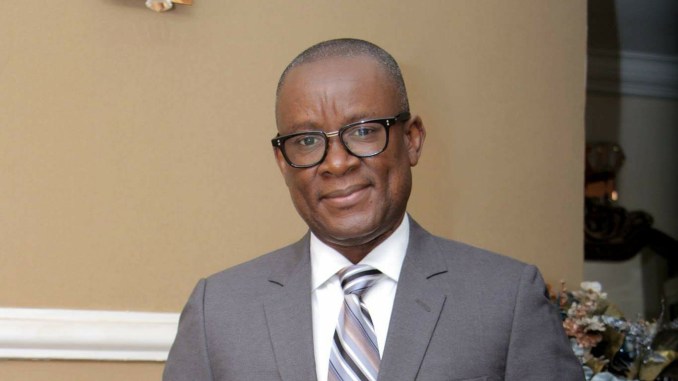 A former chairman, Senate Committee on Finance, John Owan-Enoh, on Saturday told critics demanding his suspension to think twice as many persons would leave the party because of his strong support base.

He also described as “extremely humorous”, demands by members of the All Progressives Congress for his suspension, without recognising how much resources, time and energy he had continued to expend to maintain the party structures in the entire Cross River State.

According to him, the demand that he should be suspended from the party “is absurd and has no bearing with reality”, because the Cross River APC governorship ticket was not zoned to anyone and not “an exclusive right of anyone.”

The APC members, under the aegis of Back To South Alliance, had demanded that its leadership at ward and state levels should suspend Owan-Enoh who represented the Cross River Central in the National Assembly.

According to them, having failed to emerge as the APC governorship candidate from the last party primary, he had decided to launch tirades and litigations against the party and the eventual winner, Senator Bassey Otu.

But Owan-Enoh in a statement issued by his Media Office said they should focus on keeping the APC in the Southern zone strong instead of chasing shadows.

The statement reads, “As serious as the above may seem, it’s also extremely humorous that a group alleging to be members of the APC will even think of such moves, recognizing how much resources, time and energy Senator John Owan-Enoh continues to expend to maintain the party structures in the entire State.

“Ordinarily, we should have not indulged or reacted, but this is politics and every statement and action matters. To begin with, the said group, ‘Back-To-South Alliance’ is sectional and that makes their agitations prejudiced and against the dictates of the party. At a time when the party should be exploring for peace, a group allegedly paid, is putting up with actions that will further put the party in a state of imperilment.

“Distinguished Senator John Owan-Enoh, just like every other member of the APC is lawfully qualified to vote and be voted for. First, as a citizen of Nigeria and secondly, as a registered member of the APC. Therefore, he was legally right to seek the gubernatorial ticket of the party. The party ticket wasn’t an exclusive right of anyone.

“To put it straight, the Cross River State APC governorship ticket was never zoned to anyone. It was open for the three senatorial zones to contest. The report of the seven-man committee constituted by the party and chaired by Senator Victor Ndoma-Egba (SAN) was apparently clear on that. The APC even at the national didn’t mull over zoning and most of the states including Cross River State APC didn’t zone.

“The group’s demands that Distinguished Senator John Owan-Enoh be suspended from the party is absurd and has no bearing with reality. What is senator John Owan-Enoh’s offence? He is seeking to get clarification on why a man that wasn’t cleared by the party to stand for election was allowed to take part in the primaries and later declared as the winner of the same election.

“Senator John Owan-Enoh’s actions thus far, are in accord with both the party’s constitution and the constitution of Nigeria as amended, also in the guidance of the electoral laws. He hasn’t acted against the law as it is on such matters. Therefore, Senator John Owan-Enoh’s action is still within the provision of the law and hasn’t acted or gone against the advancement of the party. Rather, his actions are even to the benefit of the party going forward.

“If we should look profoundly into the main issues, one would marvel who is romping to the drumbeats of the opposition between Senator John Owan-Enoh and those who are arrogantly resolute on beholding the PDP strolling into the seat of power again.

“We are aware that the PDP is in court seeking to disqualify Senator Bassey Otu and his Deputy for issues relating to dual citizenship and an affidavit sworn against membership of the APC. There are rumours that some other suites are being contemplated bordering on submitted certificates/credentials at the Federal High Court.

“This alone should startle the ‘Back-To-South Alliance’ that their agitations may not only be aborted but the entire APC may be peeled off completely from the governorship rivalry.

“The group also lacks what it takes to navigate such demands having compromised the actual sense of it. These set of people within six months have pushed out more members from APC to the main opposition in the Southern zone. How does a zone that seeks power under the APC platform see more members defecting to the opposition party whose governorship ticket is in the Central Senatorial District? How do you explain that?

“Let us assume that their demands are adhered to by the leadership of the party, and Distinguished Senator John Owan-Enoh is suspended from the party. How many persons will be left in the APC ahead of the general election? Senator Owan-Enoh as of today enjoys the highest committed support base across the state. He is the only person who even the opposition will love to vote for if given the party’s gubernatorial ticket.

“We, therefore, advise the group to focus on keeping the party in the Southern zone strong instead of chasing shadows.”