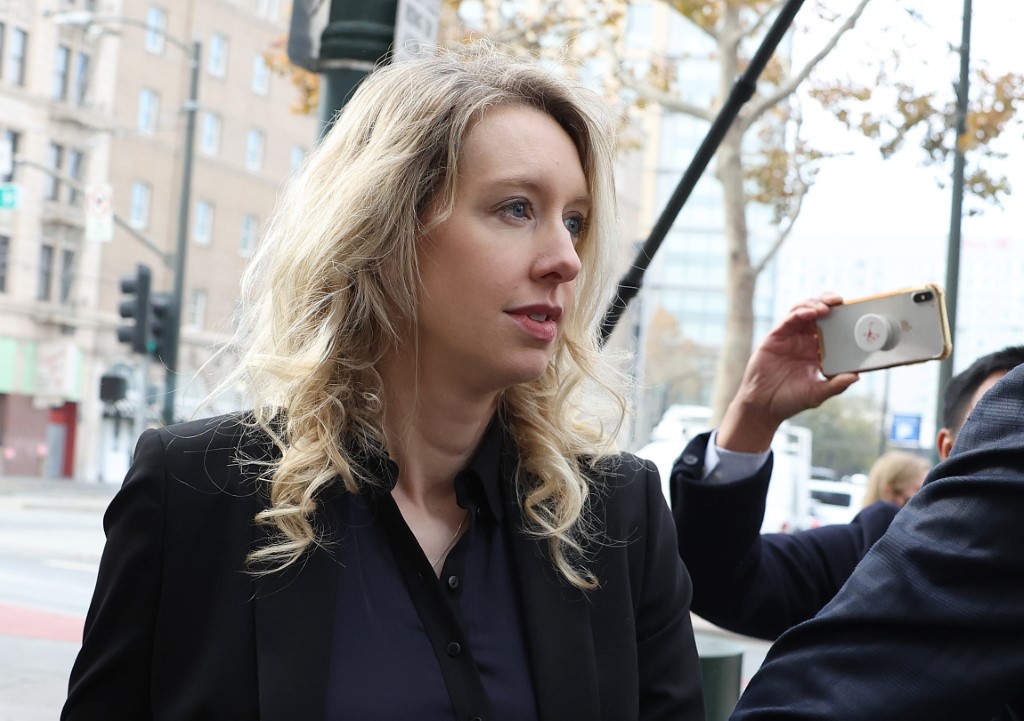 The Theranos founder had been convicted on four felony fraud counts in January for persuading investors that she had developed a revolutionary medical device before the company flamed out after an investigation by The Wall Street Journal.

The closely watched case became an indictment of Silicon Valley, and US federal prosecutors had sought a 15-year jail term for Holmes. She was sentenced to 135 months.

US attorney Stephanie Hinds said the sentence “reflects the audacity of her massive fraud and the staggering damage she caused.”

“For almost a decade, Elizabeth Holmes fabricated and spread elaborate falsehoods to draw in a legion of capital investors, both big and small, and her deceit caused the loss of hundreds of millions of dollars,” the prosecutor said in a statement following the judge’s decision.

Holmes, who is pregnant, will not have to surrender herself until April next year, ordered US District Judge Edward Davila in a courtroom in San Jose, California.

Holmes’s lawyer indicated she would appeal her conviction.

Moments before her sentencing, a tearful Holmes told the court, “I stand before you taking responsibility for Theranos. I loved Theranos. It was my life’s work.”

She added, “I am devastated by my failings. Every day for the past years I have felt deep pain for what people went through because I failed them.”

“I gave everything I had to building our company and trying to save our company.”

Holmes became a star of Silicon Valley when she said her now defunct start-up was perfecting an easy-to-use test kit that could carry out a wide range of medical diagnostics with just a few drops of blood.

At the time, Holmes often dressed soberly in black turtlenecks that evoked her hero, the late Apple icon Steve Jobs.

She sold investors on the idea that her invention would disrupt medical practice, replacing expensive lab tests with her cheap kits.

But prosecutors said Holmes knew her device was not producing accurate and reliable results, yet induced dozens of investors to contribute nearly one billion dollars, all without ever achieving meaningful revenue.

Holmes’s meteoric rise and fast demise has been the subject of books, movies and a TV series that framed her story as a cautionary tale on the excesses of the tech industry that blindly followed a charismatic founder.

At one point, the Theranos board included former US Defense Secretary James Mattis and former US secretaries of state Henry Kissinger and the late George Shultz.

Sentencing Holmes on Friday, Davila said the case was a “tragedy” and “troubling on so many levels.”

He described Holmes as “a big thinker” who had fought to get into an industry dominated by “male ego.”

But he noted “significant evidence about manipulation and untruths that were being used in the negotiation of the business.”

“What is it that caused that? Was it hubris? Was it intoxication with the fame that comes from being a young entrepreneur?” he asked.

After hearing her prison sentence, Holmes hugged her partner Billy Evans, who is the father of her 15-month-old son, and her mother, Noel Holmes.

Lawyers for Holmes, 38, had asked for leniency, presenting her as a devoted friend who cares for a young child and has a second child on the way.

This was backed up by 140 letters of support filed to the court, including from her family, friends and a US senator.

“I am confident that on the other side of this, Elizabeth will do amazing things for society with her talents and boundless passion for changing the world for the better,” said one letter.

That was in sharp contrast to descriptions given at her trial that painted her as an ambitious con artist who harassed her workers.

In a letter, Holmes’s aunt, who was an early investor in Theranos, called on the court to give her a tough sentence, The Wall Street Journal reported.

Prosecutors want Holmes to pay $800 million in restitution to investors that included the Walton family of Walmart, the Walgreens chain of pharmacies and media mogul Rupert Murdoch.

A restitution hearing will be scheduled, although Holmes says she has no money to pay.