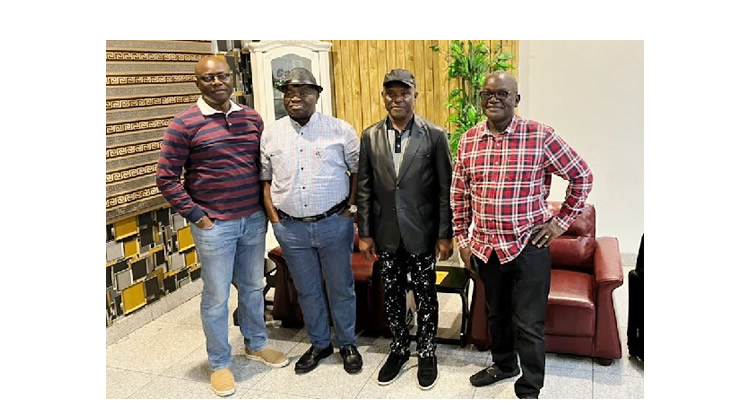 Less than three months to the 2023 general elections, there are indications than the crisis rocking the Peoples Democratic Party may not be over before the polls.

The presidential candidate of the party, Atiku Abubakar, is locked in a feud with five aggrieved governors, who believe the former Vice-President has not done enough to promote fairness, justice and equity in the affairs of the main opposition party as it concerns distribution of offices.

In September, Governors Nyesom Wike (Rivers), Seyi Makinde (Oyo), Samuel Ortom (Benue), Okezie Ikpeazu (Abia) and Ifeanyi Ugwuanyi of Enugu states pulled out of the PDP Presidential Campaign Council, demanding among others, the resignation of Iyorchia Ayu as the National Chairman of the party, arguing that for the sake of equity, same region should not produce the presidential candidate and the national chairman.

Efforts to resolve the crisis have largely been unsuccessful as the governors, who are likely to gain a new member in Bala Mohammed, continue to hit Atiku, chiding him for allegedly playing lip service to the quest of the South for fairness in the affairs of the party.

A member of the PDP National Working Committee and National Vice Chairman (South-South) of the party, Chief Dan Orbih, in an interview with Saturday PUNCH said only God would determine when the crisis would be over.

“It is only God that knows if this crisis will be over. I am not Iyorchia Ayu; I am not the presidential candidate. As a result, I am not in a position to make a categorical statement on this issue,” he said.

Also speaking, a member of the PDP National Executive Committee, Diran Odeyemi, argued that given the utterances of both camps in recent times, resolving the crisis before the February polls might be difficult but not impossible.

“All of us in the PDP want this crisis to be over. Twenty-four hours is a long time in politics and so, you can’t rule out anything. For instance, the aggrieved governors can wake up today to say, ‘let’s support the party first and talk about these other things later.’

“However, if you listen to what has been said in recent times, you tend to conclude that the possibility of both camps working together to achieve a common goal of winning the Presidency in 2023 is not in sight,” he said.

As it were, chances of Atiku turning against Ayu to placate the G-5 are fast fading if the admission by Dele Momodu, Director, Strategic Communications of the campaign council, is anything to go by.

Speaking to Saturday PUNCH, the veteran journalist called the bluff of Governor Wike, noting that “Atiku does not have the capacity to remove Ayu.”

He said, “We can’t say if these people (aggrieved governors) will back out of their agitation. They are members of the PDP and are fighting for what they believe to be true and fair. We are not prophets; so, there is no way of reading their minds.

“But we need to make it clear that Atiku does not have the capacity to remove Ayu. They know that he can’t do it because the constitution of the party is clear on the matter. We are focused on the campaigns and prepared for the elections which we are sure of winning by the grace of God.”