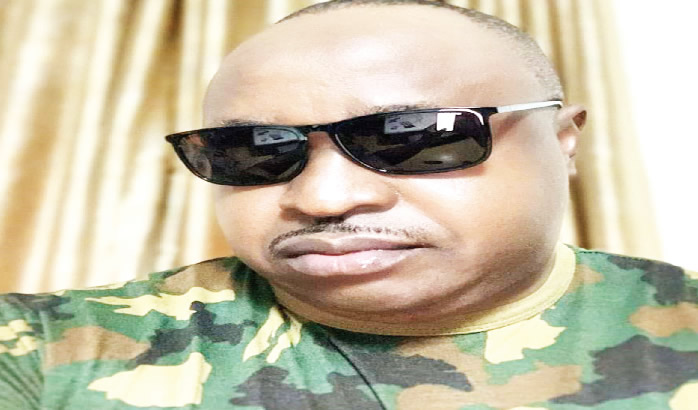 The Director of Finance at the Nigerian Armed Forces Resettlement Centre, Brigadier-General Audu James, has died after he was knocked down by a car.

PUNCH Metro gathered that the car was driven by a corporal, Abayomi Ebun, inside the NAFRC Old Barracks in Lagos.

Ebun was said to be drunk at the time of the incident and had since been detained by the NAFRC provost for further investigation.

A photo of the vehicle showed a huge dent on the bonnet while the right side of the windscreen was cracked.

Our correspondents gathered that immediately after the accident, James was rushed to the NAFRC Medical Centre where he was confirmed dead.

The Welfare Officer, SEC 40, Kayode Olagunju, in a facebook post on Wednesday, described the news of James’ death as a sad development.

“He died from injuries sustained from a knockdown on the road yesterday (15/11/22) evening in Lagos. May his soul rest in peace. Our condolences to the family, especially the SEC 40. May the Lord console all and grant the fortitude to bear this irreplaceable loss. So sad.”

The spokesperson, 81 Division Nigerian Army, Major Olaniyi Osoba, said he heard about the incident but lacked the authority to speak on it.

The spokesman for the Nigerian Army, Onyema Nwachukwu, could not be reached for comment and had yet to respond to a text message sent to his phone number regarding the matter as of the time of filing this report.

However, a signal obtained by one of our correspondents confirmed that Ebun, who had been placed in custody for investigation, was drunk during the accident that claimed James’ life.

The signal read, “On November 22, one 04NA/98/397 CPL Abayomi Ebun of Nigerian Army Resource Centre ABJ on pass and residing at Block P, old Barracks, NAFRC, while driving out of the centre, knocked down  the director of finance  NAFRC, BRIG GEN James, who was walking to his house within the centre.

“The driver was alleged to be drunk and was driving recklessly within the centre. Driver is presently detained at the   NAFRC Provost for further investigations.”