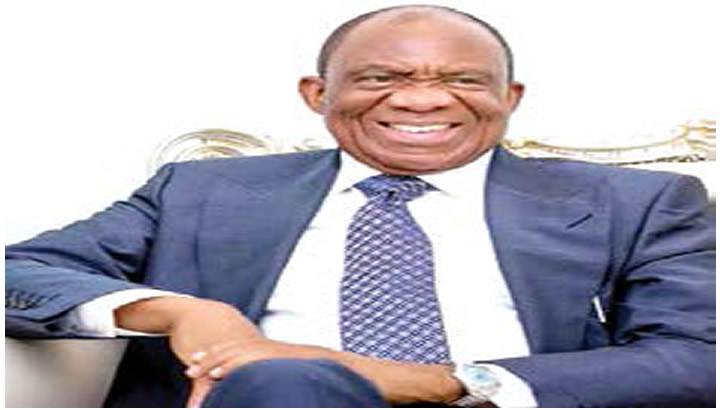 The increased security in the Niger Delta has led to the recent rise in Nigeria’s crude oil production. In this interview with OKECHUKWU NNODIM, the Group Chairman, Lee Engineering Group, Dr. Leemon Ikpea, says this must be sustained

We discovered that the multinationals are very good technically. However, their feelings about us are that ‘they are Africans, let us take control of their space, let us dominate them so that their young ones cannot grow.’  So, we were just subcontractors and they took us as supporters to them. So, the advocacy for local content started from my office in Warri.  One Engineer Emookha, the chairman of KAKASA, and I started this advocacy for Nigerians to also participate. They gave everything to French companies, and to German companies.  They will now give us what they want – peanuts. Remember what I said earlier that we were the people doing the work. So, why can’t I bring my own equipment?

If you go to my yard today, if you tell them it is a Nigerian company they won’t believe. But it is local content. We fought until we took it to the House of Representatives. One of our friends, the former Deputy Speaker of the House of Representatives, Chibudom Nwuche, was with us. So, we all passed the road to ensure that local content came to stay. We give thanks to God first and we give thanks to the Nigerian government. We want to tell you today that local content law is beneficial because Nigerians are building capacity on a daily basis.

Let me take a step further. Most of these things we are installing such as the interchanger, column, high pressure vessels and so on are imported. Why can’t we have a fabrication workshop? It is because they cannot transfer technology to you. If they do, they are killing their economy. So, I had that initiative and I started the process.

Did the local content law impact your factory in Warri?

It has tremendously boosted in-country capacity. The local content law is very vital and has also helped in supporting indigenous players. I was trying to inaugurate the factory this month to celebrate our 31st anniversary, but we have some technical issues that we are resolving. As soon as these issues are resolved, by the grace of God, next year, in the first quarter, we will inaugurate the factory. The facility is to produce inter-exchanger for oil and gas, especially for the gas, It will also produce for high pressure vessels, scrubbers and several other items.

By the grace of God it will be inaugurated by the President next year. It is going to save foreign exchange for the country. Now, you know the difficulties in getting foreign exchange. Other countries will come to buy it because we are having it here. We are building a jetty close to our factory to export. The Minister of State for Petroleum Resources once visited to inspect it. The Minister of Trade and Industry has come to inspect it. The former President was shocked when he came because they supervised us from time to time and they were all amazed.

I want to appeal to the government that they should sustain the Nigerian Content Development and Management Board because the current people there are so experienced and so committed to the growth of Nigerian technology. We need to encourage local content. The government needs to encourage local content. We need to ensure there are competent people like the ones they have there that are experienced. We also need to do things that will encourage indigenous industries. If I tell you how much I spend on diesel, you will be surprised. Staff salary every month is more than N300m. They (staff) are 2,000 people. Are you not going to pay them? I ensure that at the end of every month, my workers get their salaries. Go and find out.

This is because in those days when I was working with the multinationals, they said salary was a priority. This is because the workers have families that depend on them. Are you going to say you are not going to pay them? By the time you pay salaries, contractors’ salaries can come later. That has helped the company. So, we need encouragement. We need to be also patronised to sustain our facilities. What I do right now is to feed more than 5,000 people. If we have no work, it means unemployment for thousands of people. Is that what you want? So we need to be encouraged. The local content board needs to be encouraged. That is my take on this message.

Your company is handling the Assa North Ohaji gas project. What is the update on it?

You talked about the Assa North Ohaji project. I am the one handling it. I lost seven staff members. They killed seven of my staff last year.  It was done by the militants. As I am talking to you now, we have suspended work there since August 16. The attack happened on August 16 and till date all my equipment is rotting away there. So, you can imagine what I have lost. It is in billions. Many big pieces of equipment are there such as cranes. It is just like you buy cars, you’re not using them. You know they are depreciating. So, I’m happy you mentioned that. We are losing. That is why we said that the multinationals should collaborate with the government and put together some funds in a certain pool where they can use it to help the security agencies. This is vital, especially now that it is in the oil and gas sector that the bulk of the money required by the country comes from. This is to ensure that we can be producing to meet our OPEC (Organisation of Petroleum Exporting Countries) quota.

You see the problem we have with the dollars now is that if you don’t sell enough crude, how do you get the dollars? You have to sell more for that dollar to come. That means you have to put the security in place. Nobody knew that this thing (massive oil theft) was going on. Thus, the credit goes to the Nigerian National Petroleum Company Limited management for their discoveries and their current efforts are yielding positive results. Gradually, all these people doing these things will be brought to book.

What measures should be adopted to tackle insecurity in the oil and gas sector?

The major issue is the security challenge. The security situation needs attention. However, you also know that security is a big issue. It is not what we leave for the government alone. So, it is also to encourage big organisations to support the government to improve on security. If possible, we can have a security fund that can be in the pool in a certain bank. If there is any flashy area, they can go to that fund. If you can tax the multinationals and other bigger companies, that in their balance sheet every year, whatever profit they achieve in a given year, they pay some percentage into the fund. That will help. From that fund too, they can even do some roads. So, the security situation is not to be left for the government alone. It should be our collective efforts in terms of funding, in terms of information, because information is important too. If proper information is not passed, what will the government do? That is for security.

In the oil and gas sector, you can see what the government is doing now. Oil production is improving because the government is paying attention to security.  So, if everybody in the oil and gas sector now says, let us put funding in that sector and tackle the insecurity, the production will go up. We should pay attention to security because it is in a peaceful environment that investments can thrive.

Is there enough support from the government for indigenous operators?

The government is trying its best, but the truth is that indigenous operators need to be encouraged because all the companies take the same or similar routes. The multinationals can agree to help and safeguard the Nigerian contractors. The multinationals or the international oil companies should also patronise indigenous companies. If I tell you how much I have invested as an indigenous operator in providing some basic amenities, you will marvel. I have invested my time; I have invested my money in providing some of these things. Ordinarily, these are what the government is supposed to sponsor because in developed countries, the government comes out to empower operators through the provision of some basic necessities such as roads, security, and so on. But if you come to my company you will see what I am talking about.  It is all done by me. I am the one handling everything. I think somebody should come out to ask what exactly you need to improve this facility. But nobody has come to me.

Your company just marked its 31st anniversary. Apart from business, in what other ways are you giving back to the society?

It might interest you to know that the Federal Government deemed it fit to give me an award on October 11, 2022. The first time I met the President of Nigeria was in 2018 during an occasion that had the presence of the late king of Warri, Otuware, who happened to be my classmate. The first word I heard from the President was ‘thank you Dr. Leemon for what you are doing for Nigeria and for humanity.’ That was the first statement from the President in front of the king and other people present. So, I was just wondering.