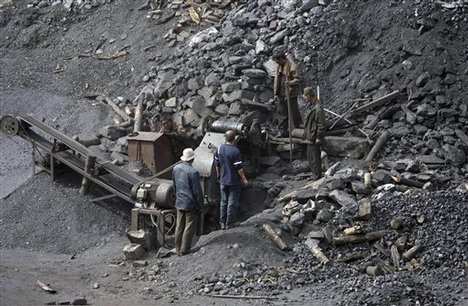 Migwi told the News Agency of Nigeria in Sharm el-Sheikh, Egypt on the sidelines of the 2022 United Nations Climate Change Conference (COP27) that coal mining activities in Nigeria had led to extensive environmental degradation.

She said Nigeria as a party to the Paris Agreement must do more to shift from fossil fuels to renewable energy, especially because of its negative impacts.

“The ongoing coal mining in Nigeria has led to extensive environmental degradation, including the contamination of air, water, and soil which continues to negatively affect the health of local communities.

“This is despite the country being party to the Paris Agreement,” she said.

Migwi said the devastating impacts of fossil fuels had led 350.Org to launch a ‘Coal-Free Nigeria’ campaign with the aim of having a just transition to renewable energy.

The activist noted that Nigeria holds large coal deposits from the Eastern to the Northern parts of the country, estimated to be at least two billion metric tons.

She decried the continued activities of some companies, including Dangote, ETA Zuma and Ashaka, who are into coal mining in Kogi, Benue, Gombe states among others.

On Nigeria’s recently launched Energy Transition Plan, she expressed worry on gas being a significant part of the energy mix.

“Recently, Nigeria launched its Energy Transition Plan, which sadly includes gas in the energy mix. This is contrary to a shift in renewables.

“The government should instead focus on implementing the climate change act, which would mean the government would need to put in diverse efforts to ultimately reduce fossil fuel exploration in the country.

“Nigeria being one of the largest economies in Africa, should be a beacon for other African states by accelerating its plans towards a rapid, just transition towards embracing 100% renewable energy,” she added.

NAN reports that 350. Org is among several other civil society organisations at COP 27 lending their voice to end fossil fuels exploration in Africa and have a just shift to renewable energy.