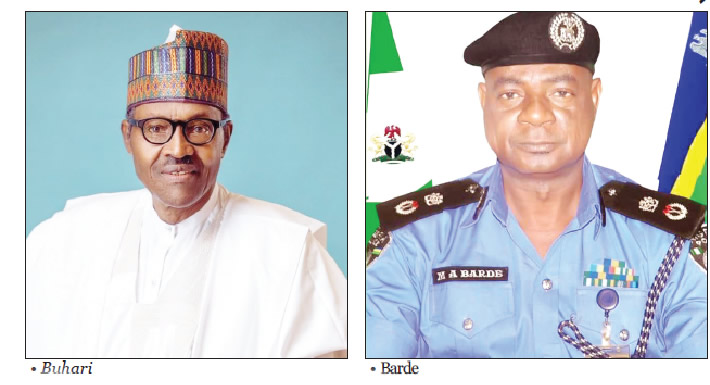 The President, Major-General Muhammadu Buhari (retd.), on Tuesday ordered a probe of the killings of Eze Asor, the traditional ruler of Obudi-Agwa community, and four other victims who lost their lives when gunmen invaded the monarch’s palace in the Oguta Local Government Area of Imo State.

Buhari, in a statement by his Senior Special Adviser on Media and Publicity, Garba Shehu, condemned the attack and commiserated with the bereaved families.

The statement said, “The President directs security agencies in the state to thoroughly investigate the dastardly act and ensure that the perpetrators face the full wrath of the law.

“While commiserating with family, friends, the Obudi-Agwa community, as well as all those affected by the attacks, the President prays for the speedy recovery of those injured.

“President Buhari acknowledges the spirited efforts by the Imo State Government at improving the security situation and encourages all Imo residents and citizens to robustly support the collective efforts of state actors and members of the local community to keep everyone safe.”

Meanwhile, the state Police Public Relations Officer, CSP Michael Abattam, in a statement, said immediately the command received a distress call that hoodlums suspected to be members of the proscribed Indigenous People of Biafra and its militia affiliate, Eastern Security Network, were attacking Asor’s palace, policemen were deployed in the area.

He said, “The Divisional Police Officer, joined by the command’s tactical teams, immediately raced to the palace, where on arrival, it was discovered that the hoodlums had fled the scene.

“Preliminary investigation revealed that the hoodlums came in four vehicles and two motorcycles in company of a woman and disguised themselves as persons in distress that had come to report an emergency situation to him (Asor).

“The unsuspecting royal father allowed them into his palace, sat down with them, in the process of explaining the reason for their visit, they brought out guns, shot and killed the monarch and two of his aides, and hurriedly fled the palace.

“On their way, they attacked the office of the Agwa vigilante group, shot one person and made away with three motorcycles. The police operatives, armed with information from eyewitnesses, traced the escape route in pursuit of the hoodlums.”

Abattam said the corpses were deposited in the mortuary, adding that the community had been fortified with enough police operatives.

He noted that the state Commissioner of Police, Mohammed Barde, who condemned the dastardly act, appealed for calm, adding that the command would leave no stone unturned until the perpetrators were arrested and made to face the full wrath of the law.

PUNCH Metro had reported that Asor, alongside four persons consisting of two chiefs and two villagers, were gunned down by gunmen on Monday.

After perpetrating the crime, the gunmen reportedly stormed Mgbala community, and allegedly shot a pregnant woman and a local security officer.

The injured victims including the pregnant woman, a retired soldier, the traditional prime minister, Stephen Ajoku, who sustained bullet wounds, were rushed to different hospitals for prompt treatment.