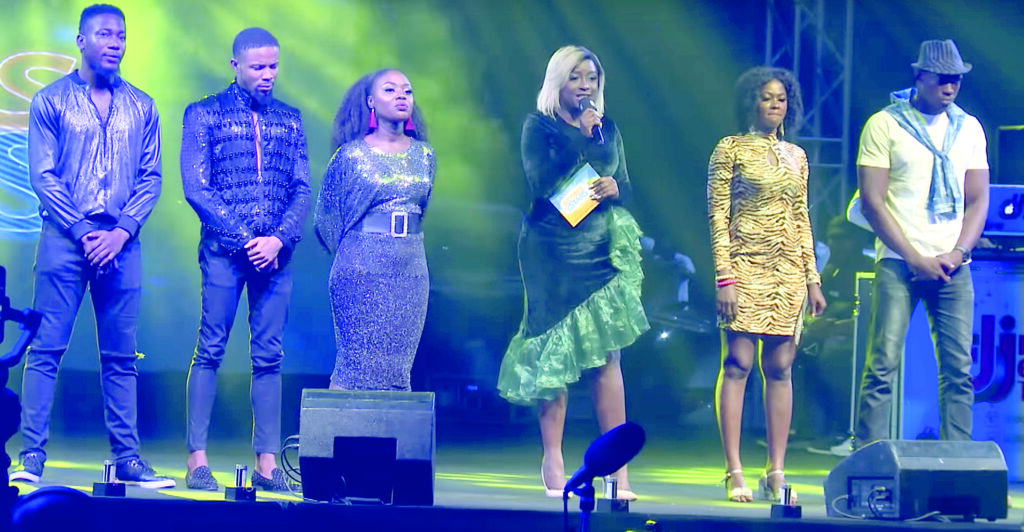 With just four unoccupied slots in boot camp, hundreds of music talents in Owerri and Onitsha fought for the chance of a lifetime, hoping to secure one of the two slots allocated to each city in Access The Stars.

Sponsored by Access Bank and the premium alcoholic beverage, Star Lager Beer, Access The Stars has toured the country with auditions in regions such as Lagos, Abuja, Abeokuta and Calabar, in search of indubitable talent to compete for the grand prize worth N15O million Naira.

In Owerri, having impressed the regional judges, Anderson performed before celebrity judges; Kaffy, Tee-Y Mix and Seyi Shay. Anderson’s awe-inspiring performance of Michael Bolton’s “How Am I Supposed to Live Without You” endeared him to Seyi Shay. Unable to keep her joy within, Seyi Shay let out a scream mid-performance.

Kaffy and Tee-Y Mix also expressed their pleasure at a seemingly easy rendition of an otherwise difficult choice of song. Ada Gold and Anderson emerged as the top two finalists knocking contestants such as Bridget Olufemi, Samuel Chinenwere, Joy, Dumebi as well as   Chidimma out of the competition.

East of the Niger River in Onitsha, it was not all smiles as some contestants shed tears unable to deal with criticism and rejection from the celebrity judges. The judges had deja vu moments time after time when three sets of identical twins auditioned separately as solo artists.

Later on, the episode saw the baritoned Ochiora perform Frank Sinatra’s “Can’t help falling in Love”. Gabriel Songz imitated the performance style of 2Baba on stage with the delivery of the dance track, “True Love.” Amarachi embarked on a rather ambitious journey when she opted to sing Whitney Houston’s “I will always love you”. Gabriel Songz and Amarachi were selected by the judges to represent Onitsha in boot camp.

Although only two contestants from each city made it to boot camp, the top five artists all got to perform at the Access The Stars regional concerts. They had the rare opportunity of performing alongside artists such as Timaya, Humble Smith and Kcee.

I pity people who crush on me ― Peace Hyde