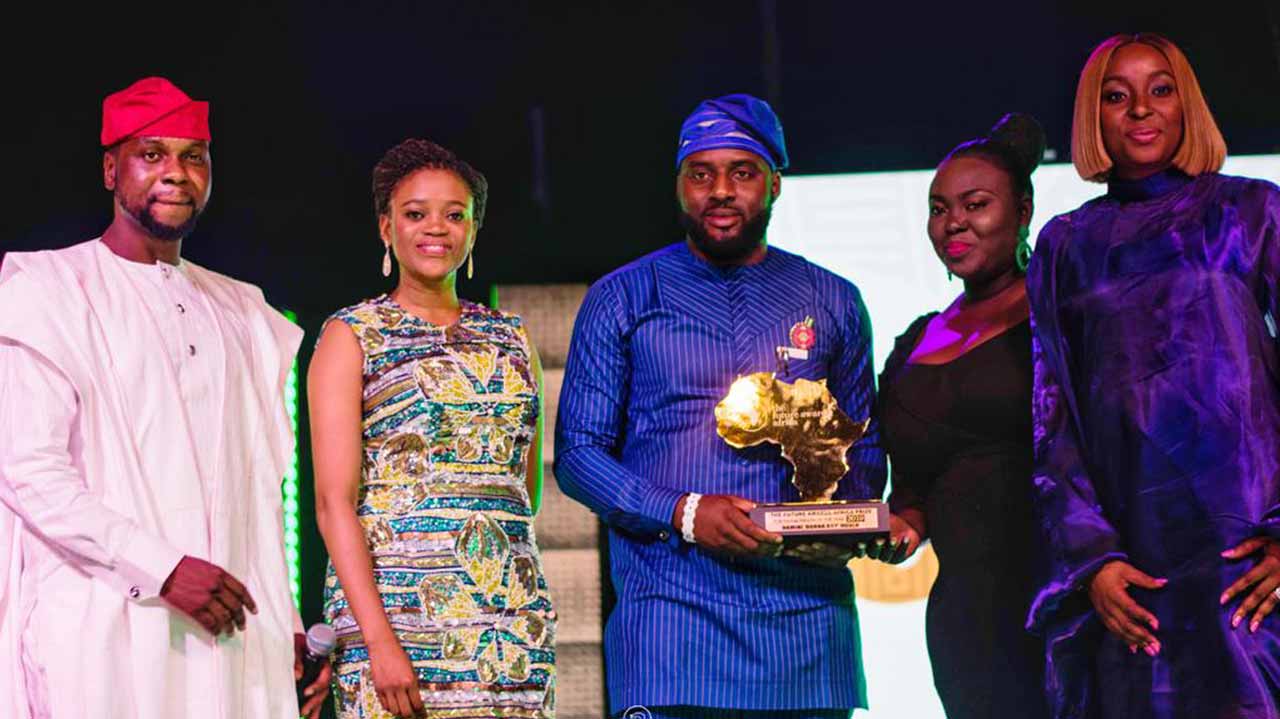 Singer Damini Ebunoluwa Ogulu well known as ‘Burna Boy’ has once again reenact his claim of ‘Africa Giant’, as he clinched the prize for ‘Music’ and the most coveted ‘Young Person of the Year’ at The Future Africa Award (TFAA), which held on Sunday, November 24 at the Balmoral Convention Centre, Federal Palace Hotel, Victoria Island, Lagos.He defeating other strong contenders in the category, which include Teniola Apata (Teni the Entertainer) Folarin Falana (Falz the bahd guy), John Ighodalo (Johnny Drille) and Sadiq Onifade (Wurld) to emerged winner.

The Killin Dem singer took to his Twitter handle @burnaboy to express his delight and thanked the organisers of the awards for honouring hard work, diligence and resilience.“Shout out to @tfaafrica for the YOUNG PERSON OF THE YEAR and PRIZE FOR MUSIC. Honour truly lies in hard work, diligence and resilience. Let’s keep pushing positive narratives about our beloved Africa,” he wrote.

Dubbed the ‘Nobel Prize’ for young Africans and the most important youth awards by Forbes, the well-attended event had dignitaries from the government and corporate world, amongst who was Minister of Transports, Rotimi Amaechi; former governor of Ogun State, Chief Segun Osoba; Deputy Chief of Staff to the Vice President, Ade Ipaye; Google Country Manager, Juliet Ehimuan; Special Adviser to the President on Ease of Business, Jumoke Adenowo; Chief of Staff to Kaduna State Governor, Muhammadu Sani Abdullahi.

With over 1550 nominees and 150 winners since its first edition in 2006, this year’s theme was ‘Nigeria’s New Tribe’. The annual awards, celebrates young, inspiring Africans aged 18 – 31, who are breaking boundaries across several industries and changing the narratives through their creativity, innovation, entrepreneurship, and community advocacy.

The award is presented in conjunction with The Future Project, which has a mandate to build empowered citizens across Africa, through (inclusive) enterprise and (active) citizenship.Speaking with some journalist at the event, the Chief Operating Officer of The Future Project, Bukonla Adebakin said the focus on human capital development is informed by the team’s value proposition.

“Africa’s growth needs a generation of young people who are gainfully employed and able to demand and secure better leadership. Our projects include Aiki.ng, an employability portal presented with Microsoft; the Nigeria Symposium for Young and Emerging Leaders, #StartupsAfrica, Intern4Jobs, YMonitor.org presented with National Endowment for Democracy (NED), The Future Enterprise Support Scheme and The Future Awards Africa, described as the Nobel Prize for Young Africans,” she said.